'I Am Somewhat Like My Character In Hostages, Persistent And Stubborn': Tisca Chopra

Tisca Chopra talks about her web series 'Hostages' where she plays the lead role of Dr Mira Anand. 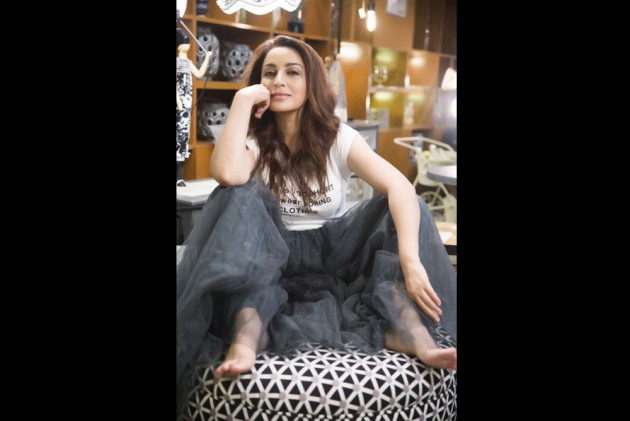 Tisca Chopra talks about her role as Dr Mira Anand in Hostages. The crime thriller is an adaptation of the Israeli show of the same name. The 10-episode series tells the tale of a doctor whose family is taken hostage and she has to make a tough decision - to kill an innocent man or to save her loved ones.

Q: What do you feel about your first web series?

A: When a worthy piece of work gets so much love, it’s always gratifying. I loved filming Hostages. The teams that backed Hostages were very clear about what kind of series they were making. Applause Entertainment, Banijay Asia and Hotstar pulled out all the stops to make Hostages in the best possible way.

Q: What made you choose such a gripping thriller as your first web series?

A: Content wise it’s all fancy and good to talk about noble ideals like truth, love, honesty, family and country, but what happens when any one of these values comes in conflict with another? My character's Hippocratic oath as a doctor to do everything to save a patient’s life is pitted against her love for her family. She must choose and choose fast, whether it is her patient or her family. So picking Hostages was a no brainer.

Q: Do you think the web is the most exciting place?

A: I wouldn’t say it is the most exciting space. It is as exciting as any other medium - like film,  theatre and reality television. The best thing about web series is that they do not have to perform over a single weekend, their shelf life is long. Word of mouth can develop over a period of time and audiences can keep going back, watching it over and over again. This takes away the pressure to cater to the lowest common denominator by adding songs and unnecessary comic interludes. So makers can make very personal, evolved, nuanced stories with unusual, layered characters. And that is always thrilling for actors. Such parts are rare in cinema.

Q: What is your opinion on portraying a female-centric role?

A: As an actor, you want to have the heft to be able to pull off roles that drive the story. I am lucky that that has been happening slowly but steadily for me. For the past few years, I have been doing mainly female-led stories. Ankur Arora Murder Case, Rahasya, 24 (the series), The Hungry, Chutney - all had seriously strong well written female parts who move the story forward- Hostages takes the woman-centric role to a whole new level.

Q: Can you tell us a little about your character as Mira Anand? How similar is it to the real-life Tisca Chopra?

A: Dr Mira Anand is one helluva woman. She is a kind of a doctor everybody needs. She is top of her pile as a surgeon at a big Delhi hospital, so she’s clearly bright. But the crisis the series finds her in shows us a side of her that is complicated, a different kind of bright. It is this side that fascinated me- a woman who won’t bend at all - neither her morals nor her integrity. You feel her stress, her pain but eventually, you admire her sheer guts. You fall for her as I did. I guess to some extent I am like Mira. I am persistent and stubborn. If I have made up my mind to do something - I will do it. And I have a similar sense of right and wrong and I won’t bend my morals for anyone.

Q:  Heard that you are turning a director… Can you please tell us a little about it?

A: We will start filming end of the year. And that it is a thriller - a genre I enjoy immensely. I have had the joy and privilege to bring to life characters that have been part of someone else’s vision. As an actor you are the very last layer on a cake that has been whipped up, baked and shaped by so many different creative geniuses - but the fact remains that you are the last layer of icing on that cake. It’s another matter that this last layer gets the maximum attention from fans of cinema. The collective methodology of so many directors I have worked with has rubbed off on me, be it Aamir Khan or Abhinay Deo, Anup Singh or Sudhir Mishra.