While Indian-origin celebrities Padma Lakshmi and Mindy Kaling slammed the Washington Post article, in which the writer had claimed that the entire Indian cuisine is based “entirely on one spice”, actor Tom Cruise was gorging on chicken tikkas at Asha Bhosle's restaurant in England. . 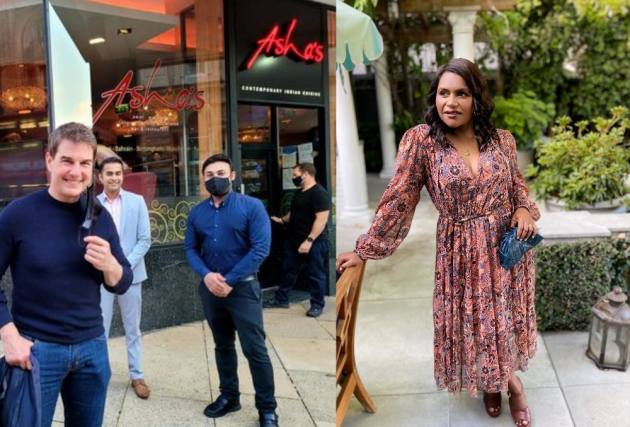 The singer took to Twitter herself and said she was delighted that the Hollywood star, who is currently shooting for the upcoming seventh instalment in the ‘Mission: Impossible’ film franchise in England,  had decided to dine in her restaurant.

I was very happy to hear that Mr. Tom Cruise enjoyed his fine dining experience at Asha's (Birmingham) and I look forward to him visiting us again soonhttps://t.co/CnEAsAuQqJ

“When Tom Cruise came, he said he didn’t want any fuss and just wanted to be part of the atmosphere. He wanted a meal just like any other guest and simply wanted to enjoy an authentic Indian meal. A few diners recognised him but not all,"  the restaurant’s manager, Nouman Farooqui told a British tabloid.

"Nobody made a fuss, though when he left people went a little bit crazy. He agreed to have his picture taken outside in a socially-distanced way and had his mask on for the first picture. He then took his mask off and said: ‘Take another one’.” The star ordered a chicken tikka masala, which led him to ordering a second portion with ‘extra spices,” he added.

Meanwhile, after an American journalist wrote a scathing review on Indian cuisine in Washington Post, several Indian-origin actors, including Mindy Kaling  and model-actor Padma Lakshmi, slammed the opinion piece. While many felt that the article was insensitive and factually incorrect, Kaling tweeted that the writer could have probably kept his “views” personal.

You don’t like a cuisine? Fine. But it’s so weird to feel defiantly proud of not liking a cuisine. You can quietly not like something too

In the article, the journalist had claimed that Indian cuisine was based “entirely on one spice”.