'Toofaan' is a fictional story by Anjum Rajabali about a lower-middle-class boxer, who defies all traditional norms and emerges champion. 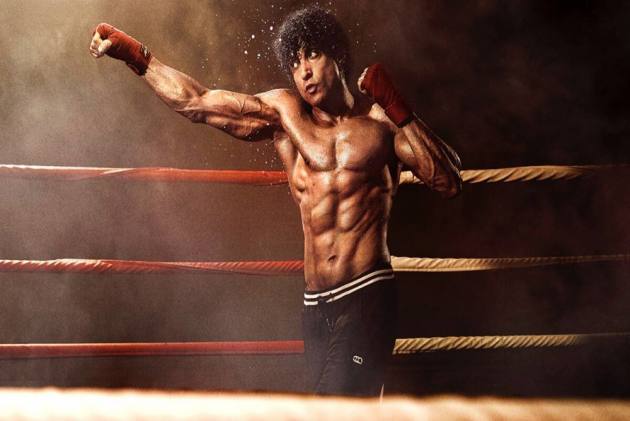 There’s something about sports movies that’s invariably so familiar: stories in this genre focus on individuals, teams, or even at times, coaches surmounting obstacles to win a sports competition, and thus, (obviously!) garner respect, adulation, and the title championships. In other words, every bit about their lead character is predictable!

But despite several odds stacked against them, many such narratives impress. After all, who doesn’t love sports? Well, some may not, but for a lot of movie watchers unfamiliar with sports, the best way for a filmmaker to make them love any sport or a game is to incorporate an underdog sports buff into a script, and weave a story around him or her, and such accounts seldom disappoint!

After their box office success of ‘Bhaag Milkha Bhaag’ director Rakeysh Omprakash Mehra and actor Farhan Akhtar’s second collaboration ‘Toofaan’ is a fictional story by Anjum Rajabali about a lower-middle-class boxer, who defies all traditional norms and emerges champion.

Since boxing is considered to be a rich man's sport almost anywhere in the world, this could have been a rather gutsy, somewhat inspirational, and most entertaining drama. Regrettably, after starting with a promise, it soon turns formulaic with romance, melodrama, friendship, songs (even a dance number!) thrown in, and ends up as a mishmash of too many ingredients in this 2-hour-47-minute-long film.  And, as if the regular Bollywood fare of clichéd prescription of family and love wasn’t enough, this sports drama, tries to change tracks with Love-jihad debate even as the Muslim hero Aziz Ali woos a Hindu doctor Ananya Prabhu, and both defy all bigots in cementing their inter-faith relationship.

The neighbourhood goonda Aziz Ali (Farhan Akhtar), whose steady job as a local extortionist under local gangster Jafar Bhai (Vijay Raaz) has earned him enough notoriety for thrashing opponents black and blue, falls for Dr. Ananya (Mrunal Thakur) when he visits her hospital for treatment. Around the same time, he also learns about boxing as a sport one day and decides to take it up professionally. After all, in both – his job as a coercer where he bulldozes his way into having his way and in boxing too – he would have to beat his adversary using tactics. The thought is a trigger for him to watch legendary boxer Muhammad Ali's videos to hone his skills. He also works very hard to become a boxing contender while also dealing with a new romance. His friends direct him to Mumbai’s best coach Nana Prabhu (Paresh Rawal). And after initial hesitation, Nana gives in and Azia starts training under him. Within no time, it is his dedication that helps him beat some established names and earn titles one after the other. Once firmly ensconced as a boxer of repute, he also turns over a new leaf and decides to settle down with a sympathetic doctor friend Ananya, who by the way, happens to be Nana’s daughter, a fact she doesn’t reveal to her staunch Hindu father.

What follows are sudden twists to accommodate minor subplots that don’t develop beyond their introductory scenes. Since the film is more about a hero rather than the sport, Aziz’s character gains prominence throughout allowing little scope for other actors any importance.

The film is treated like any other biopic with loads of drama at every step dominating. The filmmakers have claimed that while the story is fictitious, it is believable and will find parallels in any small town. For the most part, there is a label of predictability that is common in this genre, and we all know the outcome of the film.  And so, the good guy doesn’t lose!

As I said earlier, the narrative in such formats is built is foreseeable as well as somewhat unoriginal, and meant for the feel-good moment only.

To be fair, several ingredients are strong enough to make it convincing. But, Farhan’s not-so-sincere performance is not one of them. As a star, he is right up there with his six-packs and scenes of sweat, pumping iron, and exhausted look. As an actor though, one doesn’t feel like investing in his sad and challenging life. Everything seems too superficial lacking depth. For its banality, director Mehra and writer Rajabali (as also co-writer Vijay Maurya) should be answerable for following a template a little too slavishly while also trying to pander to their audience and allowing them a rollercoaster ride of highs and lows for thrills. What they lose in the bargain is the nuance of the main character, who suddenly falls for the emotional bait and shows us his range as a multifaceted man, and precious little else!

I also had an issue with the final match where it isn’t about the fate of the game but the possibilities for the players and their coach off the court. If there’s something amply exciting are some of the training (though enhanced by tricked photography and editing) and boxing scenes.

From an impressive array of the cast, barring an actor like Rawal who gets a few scenes, actors Mohan Agashe, Vijay Raaz and Supriya Pathak (not to forget Rakyesh Mehra himself in a brief role) are a little more than fillers.

This storm brews into a calm far too unsurprisingly, and even before you sense it, it’s over leaving you wondering what all fuss about yet another association between Akhtar and Mehra on a sports film was all about!