Top 5 Songs Of The Week: From Lil Nas X’s ‘That’s What I Want’ To Jubin Nautiyal's 'Rim Jhim'

From The dance-pop number 'That's What I want' by Lil Nas X to the soft romantic song ' Rim Jhim' by Jubin Nautiyal, here are the top 5 songs of this week. 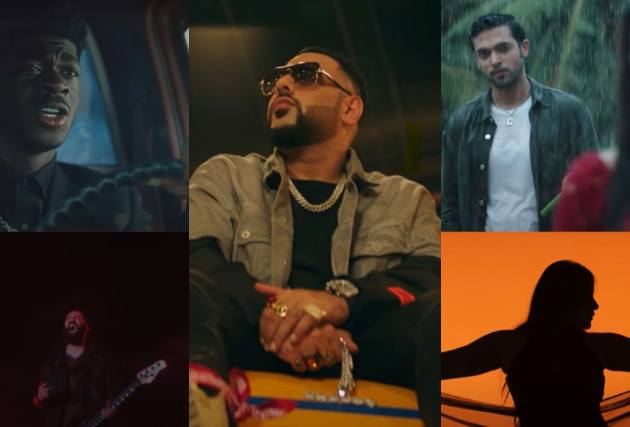 Lil Nas X’s latest song perfectly sums up his musical sensibilities which are a blend of smooth electric pop music with hip-hop elements. His music, makes one dance, sing along and also, makes one think, thanks to the incredible lyrics in which he conveys really powerful emotions. ‘That’s What I Want’ is exactly that kind of a song, which you cannot just sit and listen to.

'Surviving The Game' By Skillet

Skillet is a gospel rock band, and so almost of their songs have a lot of religious connotations in them. However, if one is able to distance themselves from the lyrics, the music is very hard rock, with amazing drum rolls and some heavily distorted guitar riffs. 'Surviving The Game' is that perfect rock song, which one can listen to when they are angry or want to do things that provide an adrenaline rush.

A beautiful dance number that will bring a smile on faces. Badshah is forever experimenting with different soundscapes, and ‘Bad Boy X Bad Girl’ has that extremely dance-pop vibe, with a beautiful melody hook dominating the entire song. Nikhita Gandhi’s dreamy vocals just take the song to a completely different level, and this song can soon become one of the club anthems.

A very old school romantic song, that will evoke the nostalgia of the romantic songs of the 90s.  It's that typical love song, which explosers the idea of perfect love, and that perfect idea of romance, and how rainy season feels even more beautiful when one has love around them. Jubin Nautiyal, convinces with the right emotion in the song, as if he is living that moment while singing the song.

Vasundhra Vee’s vocal prowess, is quite evident in her recent release ‘Run’, much like her musical sensibilities. The song is hauntingly beautiful and has a very bitter sweet emotion feeling to it, which pushes the listener to break through, and the overall feeling after listening to the song is that of freedom. Vasundhara nails the highs and lows in the song, and just beautifully conveys the idea of one’s constant struggle while searching for happiness.