In a series of tweets, a Twitter user insulted Lata Mangeshkar, said "I'm glad she didn't sing for Umrao Jaan. Till Pakeezah she wasn't that bad." 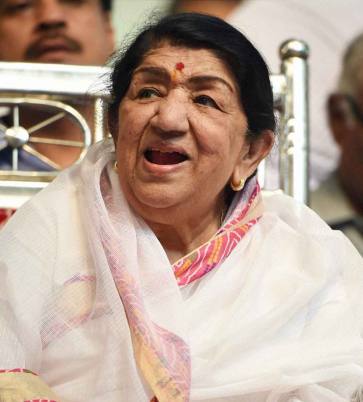 On Friday morning, veteran singer Lata Mangeshkar became a top Twitter trend after a user called her "overused and damaged". In a  series of tweets, the Twitter user criticised Lata Mangeshkar, resulting in creating Twitter a battleground between the singer's fans, including many celebrities and those who expressed dislike against her.

Receiving 6.8K likes and more than 1.5K retweets on the Twitter thread, one of the tweets read, "Indians have been brainwashed into thinking that Lata Mangeshkar has a good voice".  In another tweet, the user said, "Furthermore, she went on singing way beyond her shelf life." The Twitter user's original tweets are not available now because the account has now been made private.

One of the earliest celebrities to slam the Twitter user was Adnan Sami, said, "Bandar Kya Jaane Adrak Ka Swaad":

Apart from Adnan Sami, others like Vivek Ranjan Agnihotri and Koena Mitra also came forward in support of the veteran actor:

One of the reasons I believe in Saraswati and divine is because of Lata Mangeshkar.

One of the reasons I believe in devil is because of her haters.

Twitter is the best medium for misers who mock respected stalwarts just to gain followers.
Worthless people who can't ever reach that level but have opinions that no one cares for.

Instead of commenting or questioning one should block them!! #Latamangeshkar #Respect

However, many people also came forward to support what the Twitter user:

Oh she single handedly destroyed the career of many including anuradha paudwal.. The only one who managed to threaten her clout