Actor Rahul Bose speaks about his recent film ‘Bulbbul’, his upcoming projects and the challenges of working on independent films 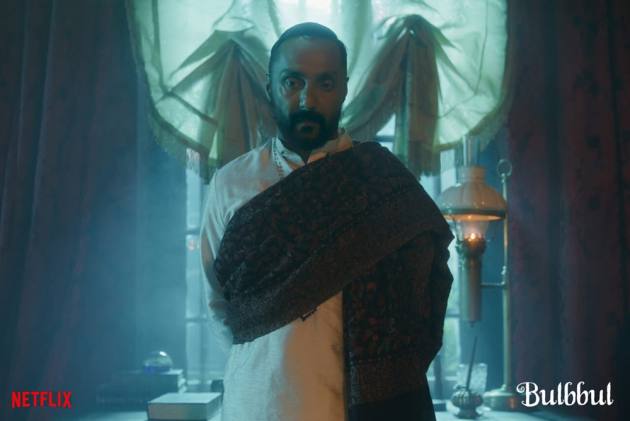 Actor Rahul Bose re-entered the acting arena with ‘Bulbul’ after being away for two years. In a conversation with Outlook's Lachmi Deb Roy, he talks about his role, the new projects he is working on and why the “typical” Bollywood films are not his cup of tea. Excerpts:

You were last seen in Netflix’s ‘Bulbbul’? What are you working on now?

I have just signed up for three new web series. One is in English, one in Hindi and the other is in Bengali. I have chosen these web series with a lot of care because I wanted to do something in all those three languages. I play widely different roles in these three series. I received many offers after ‘Bulbbul’, but I just wanted to stick to projects that made me happy.

Your journey as an actor…

I started with a film called ‘English August’ and that was my first non-theatre project. Before that I had been a theatre personality for five years. After ‘English August’ I signed up for a television project called ‘Mouthful of Sky’. I haven’t really been picky about which medium or platform I got to perform on. When I receive an offer I just gauge the level of satisfaction it will offer me. In fact, my career has been more driven by what to say ‘no’ to rather than what you say ‘yes’ to.

After a break of two years, you did ‘Bulbbul’, how particular are you about choosing your work?

I actually didn’t take a break. I was offered a very ambitious mythological series which was in English and I spent the whole of 2018 filming that series. We shot throughout the entire year, but I don’t know what happened to the series after that. Though I worked throughout 2018, I didn’t have anything to showcase. So, people thought that I had taken a break, but actually I didn’t.

How challenging was your role in 'Bulbbul'?

I liked the script a lot. Both the roles that I played had a different set of challenges. I had to move from being a responsible zamindar and husband to becoming an irrational and violent man. To deliver the story arc of that character was definitely my biggest challenge. In the beginning the role that I play is that of a very sensible, thoughtful and sober man, so I had to work hard to make the character arc believable towards the end.

You have done many Bengali films, how differently does the regional film industry function when compared to Bollywood?

There is no difference in the functioning of the regional film industry. I have worked in Bengali, Tamil, Kannada, Hindi and English films. Cinema is cinema. The way I work, my passion remains the same. The difference in work depends not on the region, but the team that you are working with.

I do have to learn the language, the dialogues and understand what the dialogues mean. I am comfortable in Bengali, Hindi and English. But when it is Tamil or Kannada films, then I definitely need somebody to explain the meaning of the lines to me.

Nobody. I don’t try to imitate any actor. I don’t consciously try to learn from any actor. I don’t like to mimic actors whose films I have seen. If my performance convinces me about the internal truth of the role, then I am happy. I approach each role as independently as possible.

Why do you stay away from most typical Bollywood films?

The only challenge I face is monetary challenges and the absence of luxury on sets. But then you have to weigh that against how badly you want to do the film. There are films which I sometimes do because they give me more pleasure than money.

I love acting, the platform doesn’t matter to me. I focus on seeking and delivering the truth to the audience.