While in many iconic films lovers fought against the world to unite at the end, many Bollywood films also showcased a different ending. 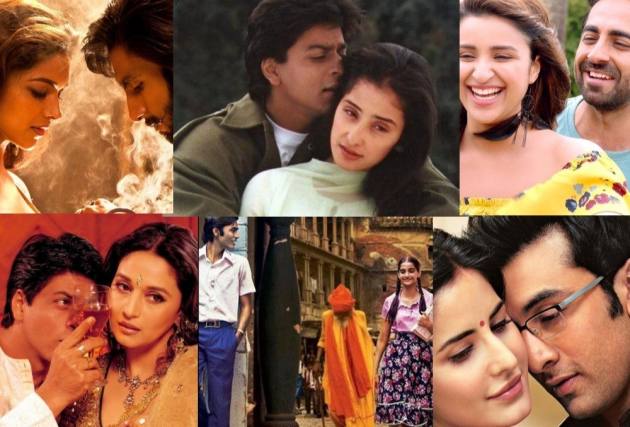 When late actor Amrish Puri's character in 'Dilwale Dulhania Le Jayenge' said, 'Ja Simran Ja, Jee Le Apni Zindagi', the audience in theatres whistled and clapped at the unison of lovers Raj (played by Shah Rukh Khan) and Simran (Kajol). The happy ending in romantic films is always welcomed by audience, but since reel world is often said to be a reflection of the real world, not everyone ends up together. Keeping this angle in mind, Bollywood has released some of its finest stories where the hero and the heroine didn't end up in a blissful world of togetherness.

Here's looking at some of the best film, which love ended in a different way than usual but was still accepted by the audience. 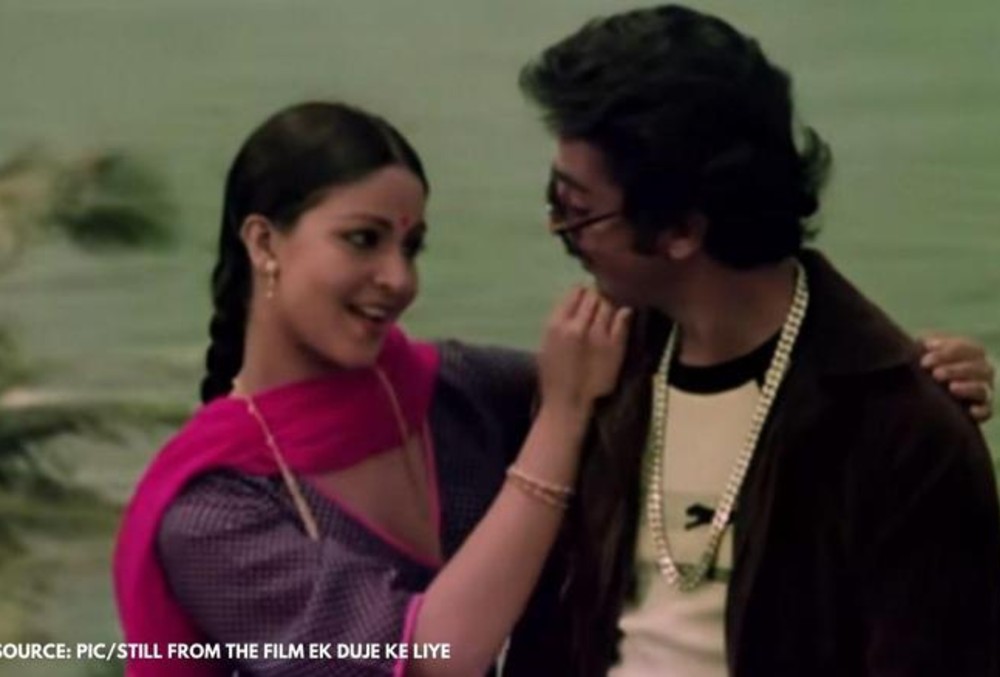 Innocent, first time love where two people from different cultural backgrounds fight all odds to be with each other. Actors Kamal Haasan and Rati Aghnihotri played the role of Vasu and Sapna, who fought for their love, stood the test of time and were 'almost' ready to reunite. However, destiny had different plans for them. This K. Balachander directorial became a success as it focused on the burning passion of love. However, the audience experienced a sudden shock withe story's ending. The couple in love are beaten, harassed and left to die by the villains. The young lovebirds end the story by jumping off the cliff together, portraying that they could not live together but decided to die together. A not-so-happy ending, but the film was appreciated by the audience. 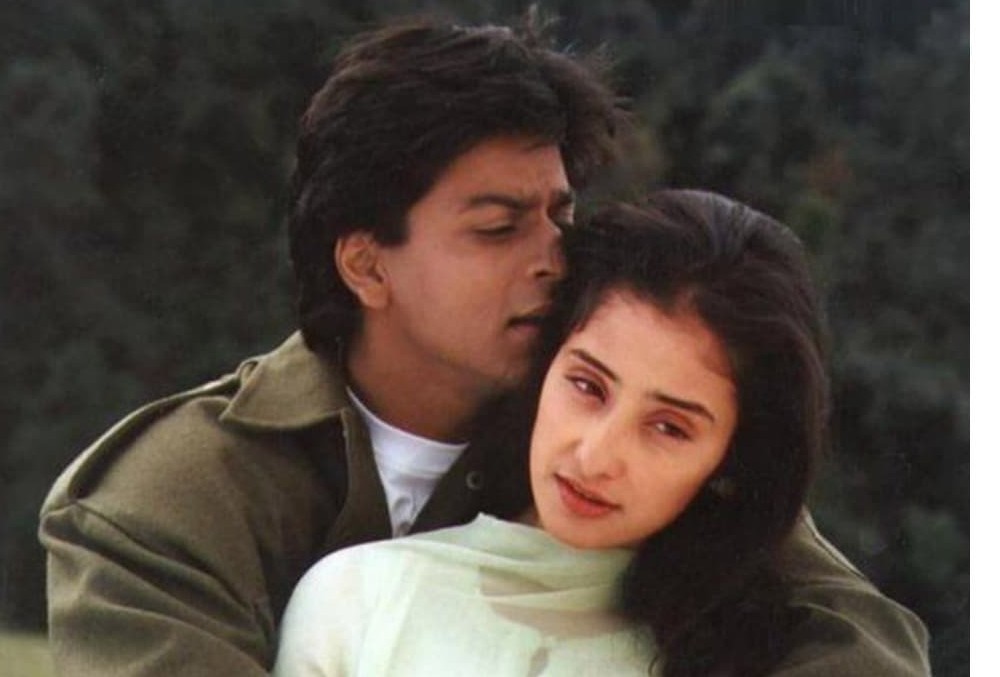 This superhit film was known for its path breaking music, Malaika Arora's train dance on 'Chaiyya Chaiyya' and a very dark ending. The Shah Rukh Khan, Manisha Koirala and Preity Zinta film was had a love story and terrorism angle in one frame. Mani Ratnam's directorial showcased love between Koirala's character of a suicide bomber and Khan as the madly-in-love Amar, who wants to change her mind and lead a happy life. The story ends with both of them in a lover's embrace away from the targeted civilians as the bombs strapped around Koirala go off, killing both of them and saving the rest of the country. 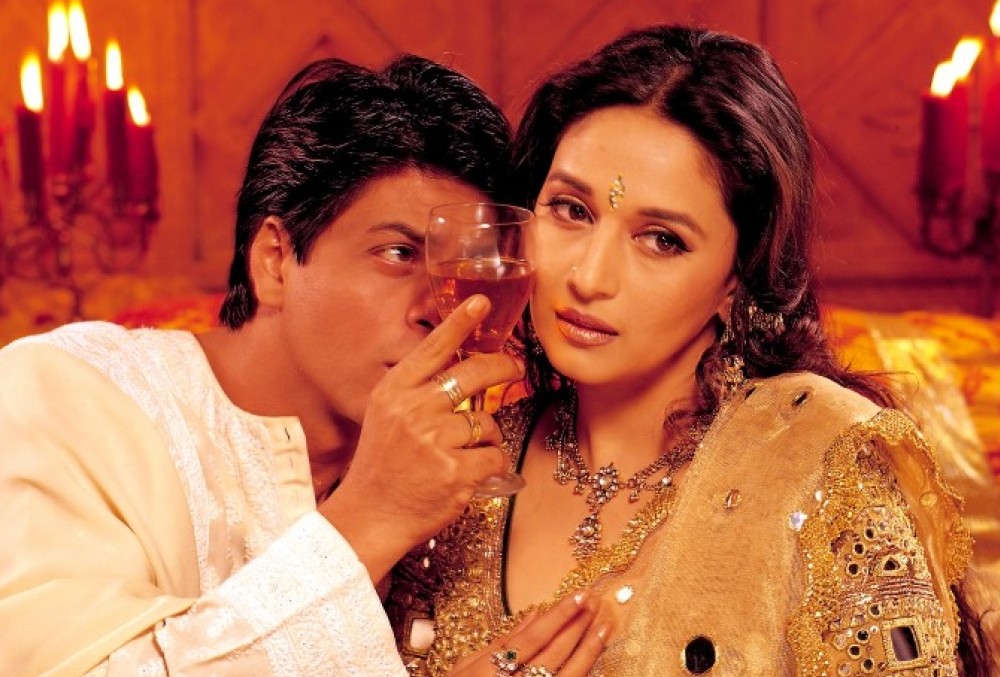 An film adaptation of renowned novelist Sarat Chandra Chattopadhyay, this Sanjay Leela Bhansali directorial was all about love and pride. The film starred Shah Rukh Khan, Aishawarya Rai Bachchan and Madhuri Dixit in the iconic roles of Devdas, Paro and Chandramukhi. As misunderstandings increase between childhood lovers Devdas and Paro, circumstances turn him into an alcoholic, who finds refuge in the brothel courtesan Paro. The musical love story was hailed for its grand scale production and strong performances. As the tale as old as time goes, an alcoholic Devdas breathes his last outside a now-married Paro's house. The tragic scene where the two lovers are unable to see each other for the very last time. 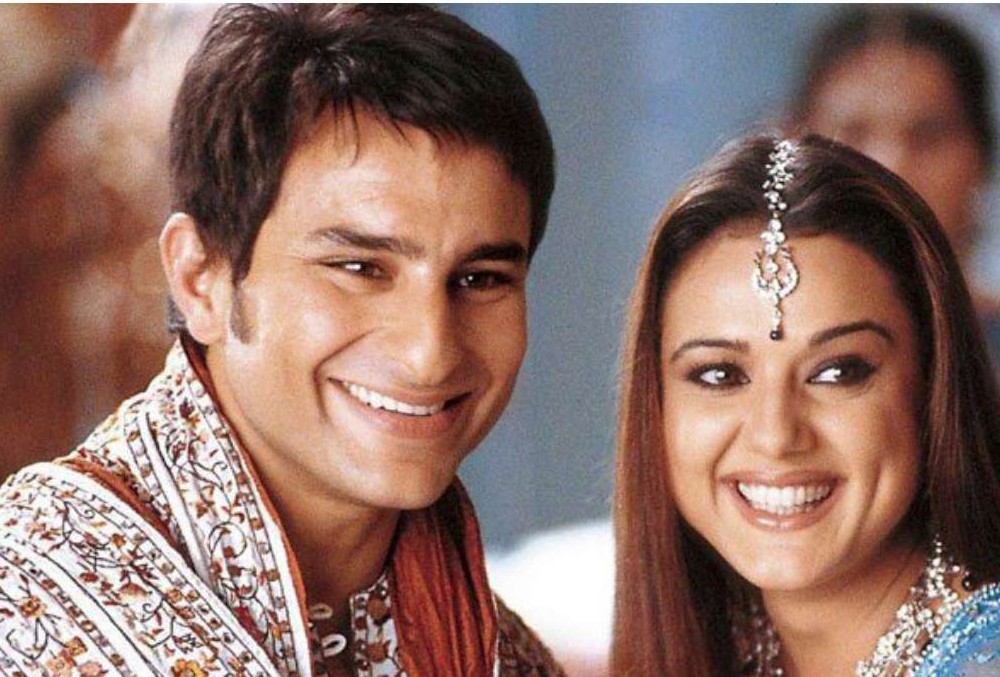 Actor Shah Rukh Khan was at his entertaining-best in this slice-of-life film, directed by Nikkhil Adavni. The film, set in the US showcased the life of a girl Naina (Preity Zinta), her family, her best friend-turned-lover Rohit (Saif Ali Khan) and the pesky neighbour Aman Mathur (Shah Rukh Khan). Naina falls in love with Amar but the latter finds out Rohit's feeling for her. Since Amar is battling cancer and only has a few days left to live, he works towards uniting Naina and Rohit. The story ends with Rohit breathing his last in the hospital bed. 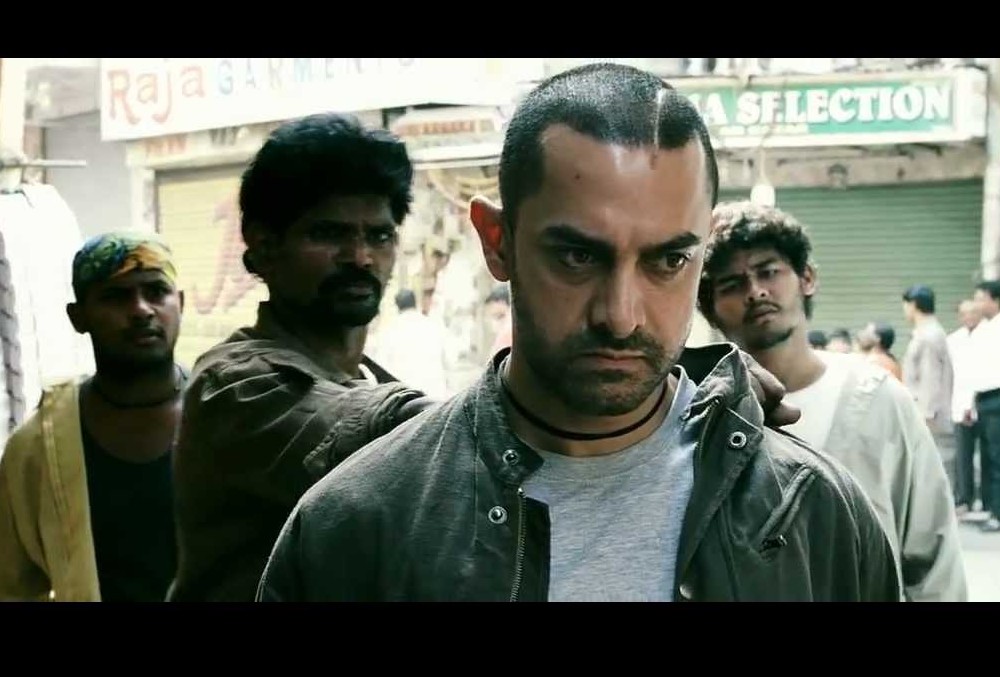 The AR Murgadoss film starring Aamir Khan was the Hindi remake of Tamil film by the same name. The movie stars Khan as a billionnair, who falls in love with a simple, compassionate girl, played by actress Asin. However, Asin'a character Kalpana is killed by the villain and what follows is a stroy of revenge by Khan who suffers from short term memory loss and cannot remember anything for more than a few minutes. The film ends with Khan killing the villain Ghajini in the same way as his beloved Kalapana was murdered. 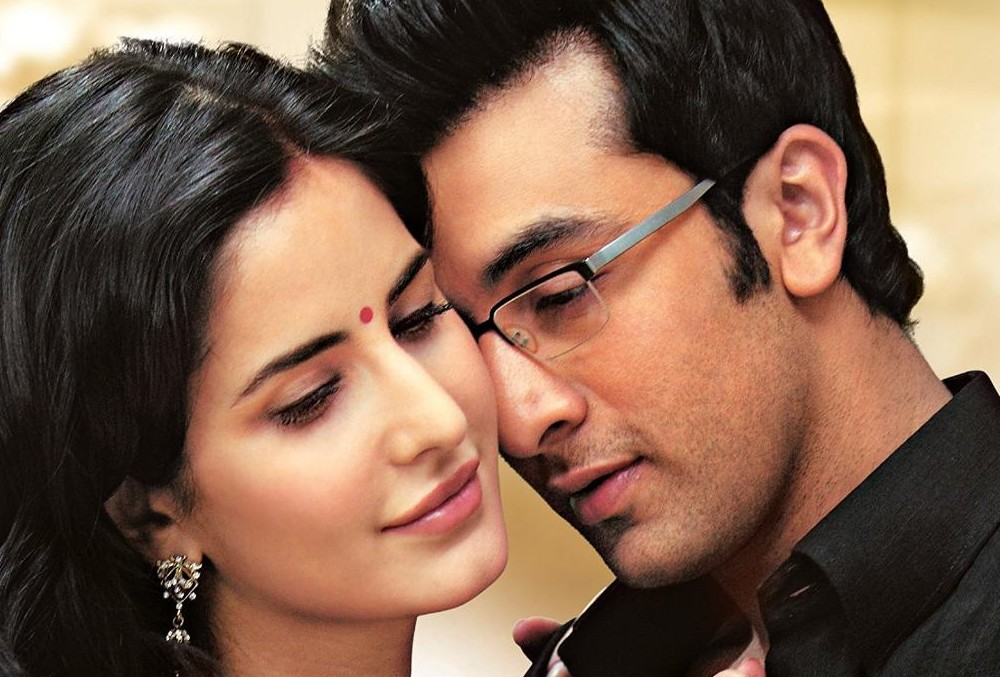 This political drama directed by Prakash Jha starred Ranbir Kapoor, Katrina Kaif, Ajay Devgn and Arjun Rampal in the lead role. While Kaif's character Indu is shown madly in love with Kapoor's character of Samar, she evetually ends up marrying his brother Prithviraj, played by Rampal. As politics gets dirty, Prithviraj gets killed, Samar takes charge of the party and Indu takes the role of leading the elections. An unconventional love story where the romantic couple ended up in completely different situations with politics taking the forefront. 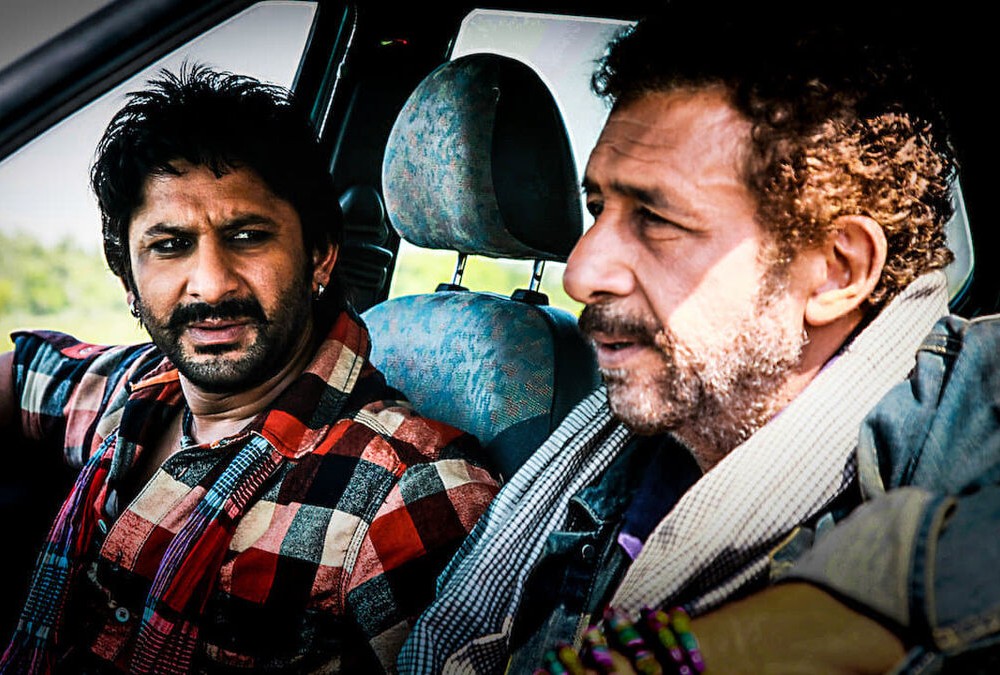 One of the very rare 'black comedies' in Bollywood, this Abhishek Chaubey directorial starred Naseeruddin Shah, Arshad Warsi and Vidya Balan in the lead role. The open ended narrative of the script never really tells, who got their happily ever after. However, the love traingle between the characters, definitely got the audience rooting for a love story to win at the end. However, the story ends at the three characters seen through a hole of a revolver after explaining an explosion which killed their enemies. 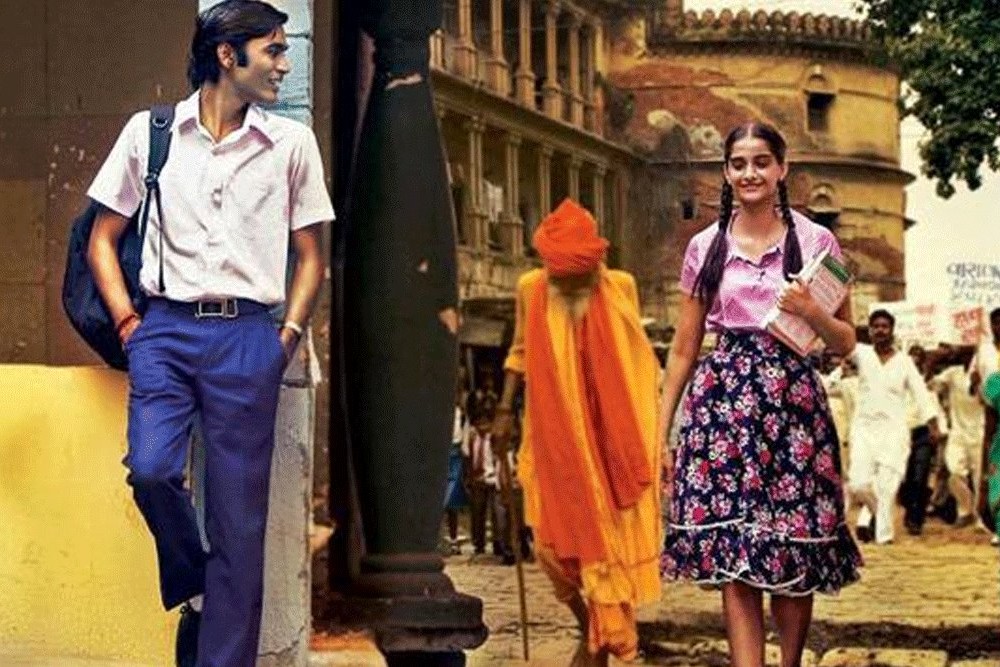 This was a Aanand L Rai masterpiece. The film introduced Tamil star Dhanush to Bollywood as Kundan, son of a brahman in Banaras, who gave his heart of Zoya from the moment he saw her during their childhood. What followed was a tale of innocent love which grew apart, obsession, revenge and ultimate climax. The film starred Sonam Kapoor Ahuja as Zoya, who forgets her childhood love after shifting to New Delhi and finding love in Abhay Deol's character. The film's strong dialogues are still considered to be an iconic, especially Kundan's last dialogue as he (literally) takes a bullet for the deceptive Zoya and dies at the end. 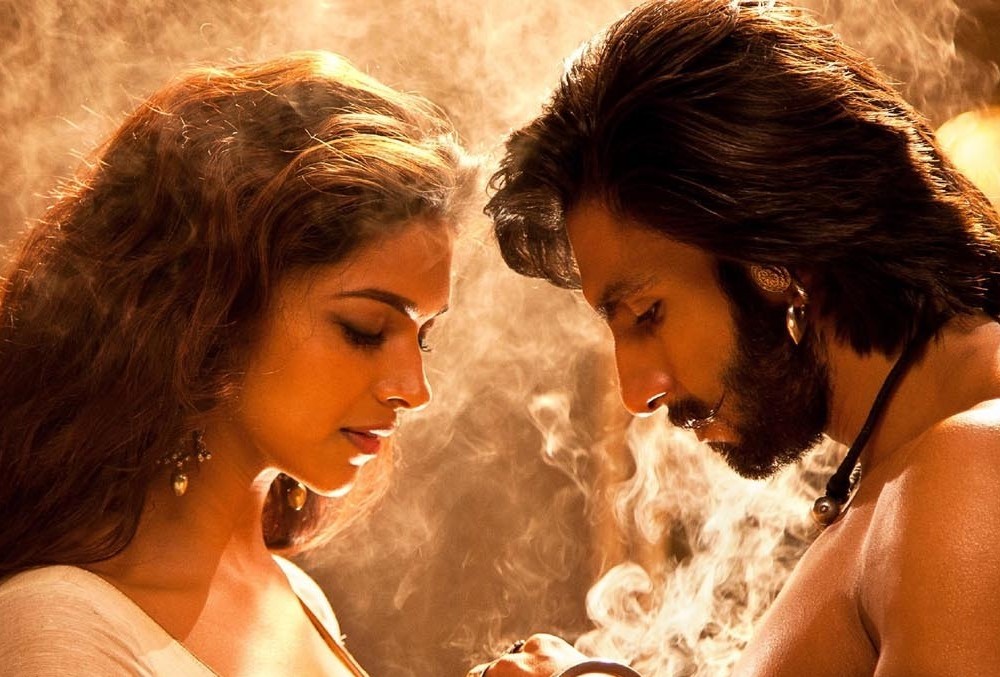 This Sanjay Leela Bhansali directorial brought actors Deepika Padukone and Ranveer Singh together on the screen as the hottest onscreen pair seen in a long time. The film is set in a Gujarati village and shows clash of two clans. As their love fights the hostility of their clans, both Ram (Singh) and Leela (Padukone) decide to end each others' lives on the day of Dussehra after the ram-leela finishes. The lovers are unaware that their clans have made peace and will allow them to unite. However, peace prevails between the clans as they come together to cremate the bodies of Ram and Leela 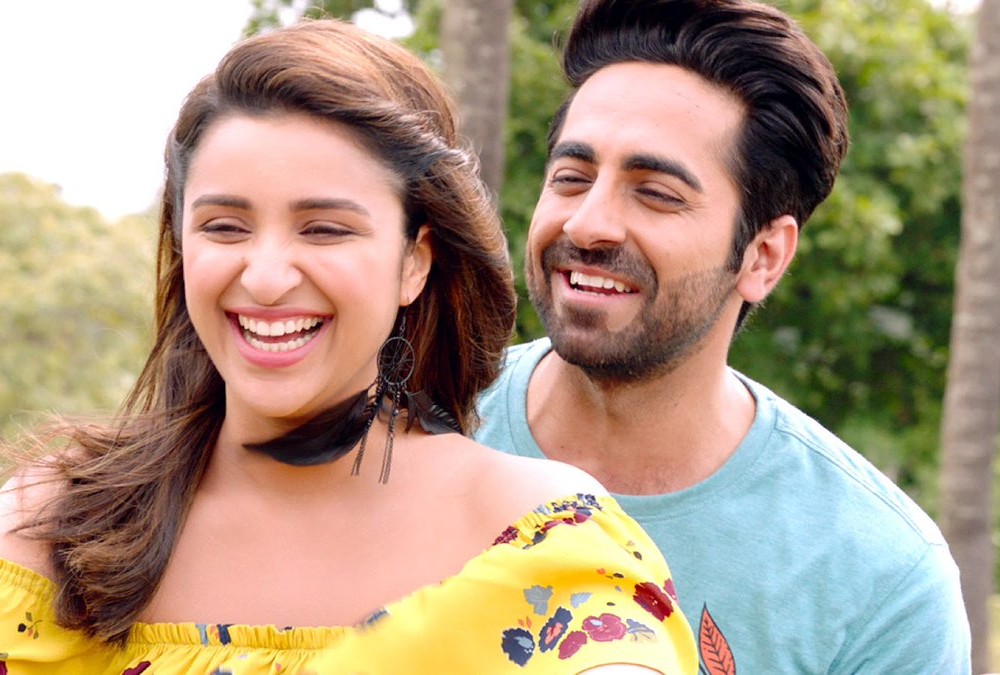 An unconventional story which portrayed that love doesn't always need closure. The film starring Parineeti Chopra as Bindu and Ayushmann Khurrana as Abhimanyu, is about friendship, love and separation. The film traces their journey over the years as they grow up, move to different cities, meet each other, fall in love and break-up. The movie ends with them meeting after years in their hometown with Bindu married to someone and a mother-of-one. Abhimanyu is a successful writer, who meets his childhood love. However, there is no closure to their love story and presents a mature take on people moving on after falling apart and still having mutual respect.