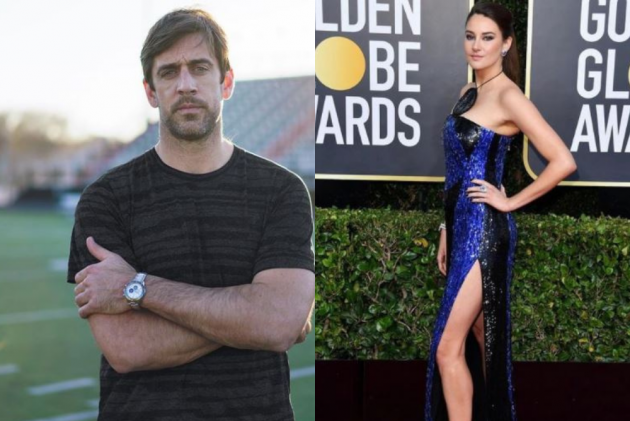 US actress Shailene Woodley and American football player Aaron Rodgers are reportedly engaged. A source close to Woodley, 29, and the Green Bay Packers quarterback told People magazine that they are serious about having a future together. "They are very happy together. It's not surprising he proposed so fast. When you know, you know, right?" the source told the outlet.

The news comes just days after Rodgers revealed that he was engaged during his acceptance speech for Most Valuable Player (MVP) award at NFL Honors. While, Rodgers hadn’t revealed who his fiancé was, many believe its Woodley.

“It's an honour to win this award for the third time. 2020 was definitely a crazy year filled with lots of change and growth, some amazing memorable moments," he had said.

"One hundred eighty straight days of having my nose hair scraped, playing for very little fans or no stands the entire season. I got engaged," he added.

.@AaronRodgers12 accepts his award after being named the MVP of the 2020 NFL season. ðÂÂ¥#GoPackGo