The second installment of actors Venkatesh and Varun Tej's 'Fun And Frustration' is currently being shot in Hyderabad. 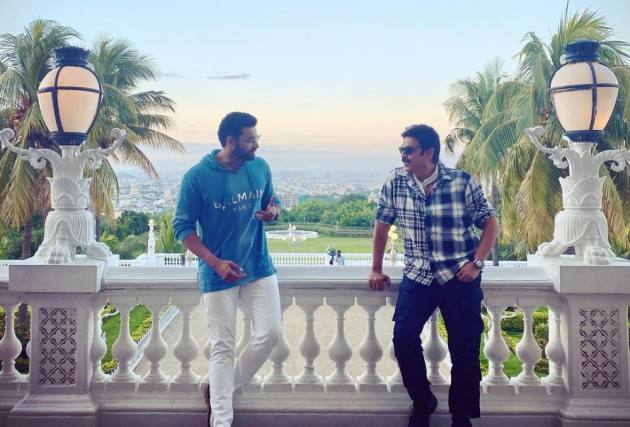 Actors Venkatesh and Varun Tej announced the release date of their upcoming film 'F3' on Sunday. The duo will be coming back with the comic caper along with co-stars Tamannaah Bhatia and Mehreen Pirzada.

Lets Celebrate the Most Awaited Fun Franchise #F3Movie in cinemas from Feb 25th,2022.

The previous installment of the film, 'F2: Fun And Frustration', released in 2019 and was a hit amongst audiences. 'F3' is going to be a standalone sequel with the actors playing new characters instead of the continuation from the previous leg of the film.

The latest addition to the film will be actress Sonal Chauhan, who has been added as the third female lead in the film. A lengthy schedule is currently being shot in Hyderabad.

The film is presented by Dil Raju and produced by Shirish.

Directed by Anil Ravipudi, the film's music is given by Devi Sri Prasad, who gave music for the prequel as well.