Actress Vidhi Pandya got evicted mid-week from the ‘Bigg Boss 15’ house. Talking to Outlook, she speaks up about how the elimination happened and why she feels she was out of place inside ‘BB 15’ house. 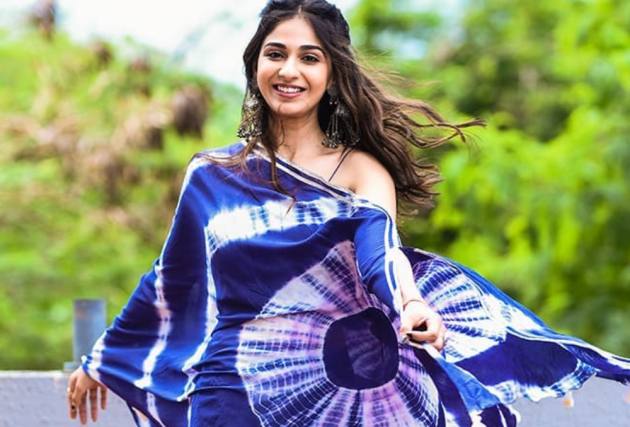 Actress Vidhi Pandya, who was one of the contestants on this season of ‘Bigg Boss 15’, was voted out mid-week. She was shocked as much as her fans. There have been trends on social media asking the makers of the show to get her back in the ‘BB 15’ house.

In a brief chat, she opens up about how she was feeling now that she is out of the house, how she felt she was out of place, how she made some great connections inside the house, and why she would never want to get back in the house as a wild card entry. Excerpts from the conversation:

You got evicted suddenly in the middle of the week. Are you upset?

Were you enjoying yourself inside the house, or did you feel you were getting bored by the mind games being played?

No, I was not getting bored inside the house, but yes, many times, I used to feel out of place. There were times when I used to feel very happy but at the same time, there were times when I used to feel totally out of place. I am not an extrovert. I am an introvert by nature and therefore I had just three-four people inside the house whom I was talking to. I was also not too much into the game strategy. I was just living the life that I was normally living outside. That does not work that well in ‘Bigg Boss’ because you’re supposed to do something at least (to be in the limelight) when you are inside ‘Bigg Boss’ house. I was not doing that because it is not my personality. I would also suddenly miss my family at times, but I really did make great connections in the house and it was a great experience.

With whom did you bond the best inside the house? Someone whom you would be friends with even outside BB.

Jay Bhanushali, Karan Kundrra, Umar Riaz are the ones whom I will be meeting even after the show.

Karan Kundrra is good, Jay Bhanushali is good, Tejaswi Prakash is very nice and very very natural. They're very strong people. Umar Riaz as well. Sometimes Umar Riaz feels out of place looking at the other celebrities. He feels bad may be thinking that he is not a big celebrity like the others in the house. But if you get to know him, he is a very interesting personality. I really hope that his personality is shown much more to the public and people get to know him more.

I think Simba Nagpal and Akasa Singh are. I won't call them weak. But their contribution to the show is much less in comparison to what I have done on the show.

Do you think what Pratik Sehajpal did by breaking the bathroom door while you were inside was correct? Or was it going overboard just for the heck of the game?

I was obviously very upset. I am happy that I had the support of the other contestants in the house as well. Then I even got Salman (Khan) sir's support. So, I was very very happy. Everyone tried to make Pratik understand, but it was not going through to him until Salman sir came in the picture and spoke to him.

Where do you think you went wrong in the game?

Do you think Bigg Boss is a format not meant for you and you were out of place?

I wouldn't say out of place. There were my 3-4 people with whom I was really happy. I had them and I was happy. Out of place would be something like I would be thinking how much efforts people put towards the game and I am not even able to do as much. But I was definitely thinking about being in the house for at least 5-6 weeks. I was sensing that there are players who are weaker than I am. After coming out of the house that belief of mine has just solidified further.

It's not about anything wrong. You can entertain as well. Everyone has their different ways of working and thinking. But definitely, you have to do something. Entertain people or so anything. But I could not do that because I am a lazy ass. I am a panda. I like to chill and I was chilling only (laughs). You tell me a thousand times I will still not understand. I was just chilling and being my real self. But there is nothing wrong to put that extra effort into the game. At the end of the day, you are paid to be a part of a game show. So you should definitely do something. There are people who take the negative route and I don't really understand why. It is true that the negative things definitely take the limelight much more and it will definitely take you ahead in the game but you will not get respect and love from the audience. So it is up to you to decide what you want.

Any positives which you came back with from ‘Bigg Boss’?

I think I have learnt to literally not change myself for the show. You should be what you are, otherwise, it will be very difficult for you. The longer you survive on the show, you will start getting to see the true colours of the contestants. It is better to have a short and sweet journey as you have the love of the audience. The audience does connect to the show and to the contestants who are genuine and real.

No no. If I go back I will function very much mentally. I would have already seen the game of others and their strategies. Then I won't be my real self. Unconsciously that would take over, and I would function very mentally and I don't want that to happen. I would love to be a part of Colors 'Khatron Ke Khiladi' because I feel I have performed well in the tasks and I think I would be able to do well in 'Khatron Ke Khiladi', if given a chance.