Puri Jagannath of 'Pokkiri' fame will helm the next sports drama, which will be released theatrically in five languages: Hindi, Telugu, Tamil, Kannada, and Malayalam. 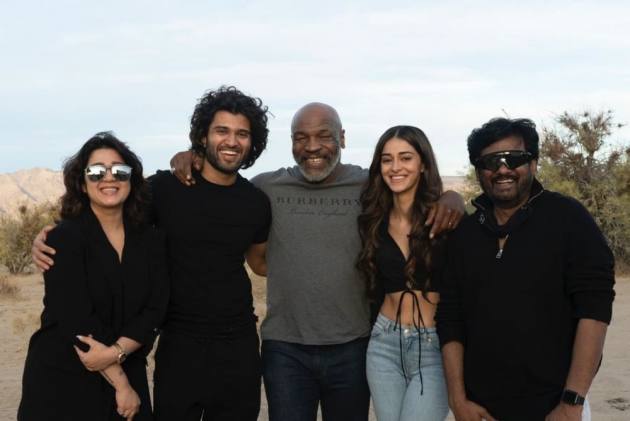 Sharing an update on his first Pan-India project, the 'Arjun reddy' star tweeted, "It’s Time. A long journey culminates in Two very important dates! Stay Ready...And remember the words that have been said. #Liger." Liger will release worldwide in theatres in all 5 languages- Malayalam, Kannada, Hindi, Tamil, and Telugu. 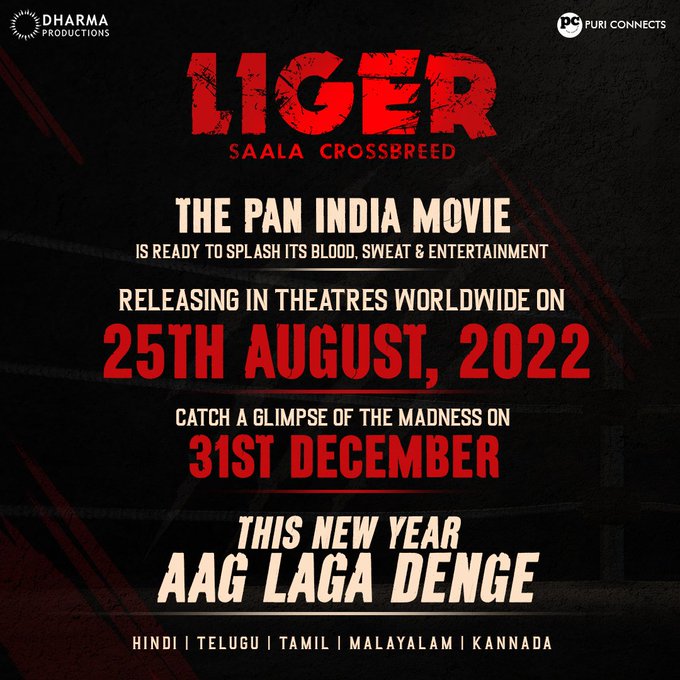 The film is being co-produced by Karan Johar's production company Dharma Productions and Puri Connects.

Puri connects and Dharma Productions are leaving no stone unturned in creating the film on a great scale, given that it is one of the largest Pan India ventures with Mike Tyson on board.

Vishnu Sarma is in charge of the film's cinematography, and Kecha from Thailand is the stunt director. 'Liger' is nearing the end of his shoot.