The announcement was made by filmmaker-producer Karan Johar, who along with Apoorva Mehta is jointly presenting the film via his production house, Dharma Productions. 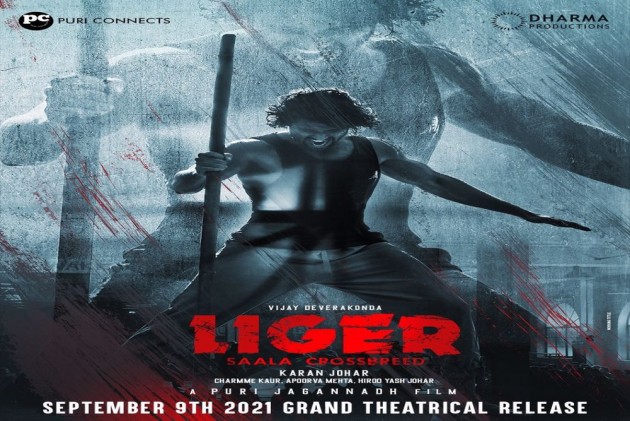 Vijay Deverakonda and Ananya Panday starrer and directed by Puri Jagannadh; pan-India feature film "Liger" will release in the nation on September 9.

The announcement was made by filmmaker-producer Karan Johar, who along with Apoorva Mehta is jointly presenting the film via his production house, Dharma Productions.

Johar took to Twitter and shared a new poster of the film, which features the "Arjun Reddy" star as a boxer.

"All set to pack a punch around the globe! #Liger is releasing in theatres on 9th September worldwide in five languages - Hindi, Telugu, Tamil, Kannada & Malayalam. #Liger9thSept #SaalaCrossbreed," Johar tweeted.

The project marks the first collaboration between Deverakonda and Jagannadh, who is best known for films such as Mahesh Babu-starrer "Pokkiri" and "Bbudadh... Hoga Terra Baap", starring megastar Amitabh Bachchan.