'Liger' First Glimpse: Vijay Deverakonda To Be Seen As MMA Fighter In The Upcoming Action-Thriller 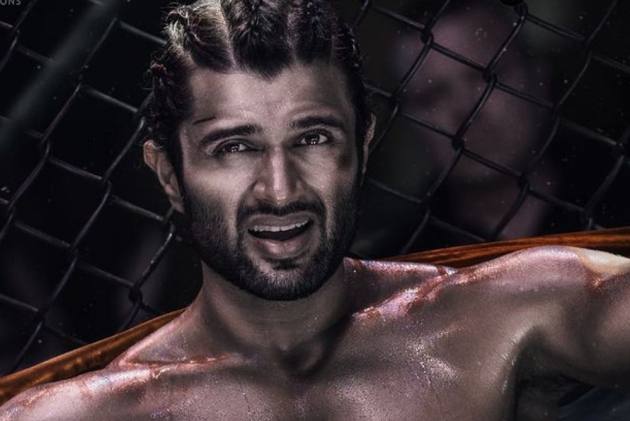 'Liger,' one of the year's most anticipated films, is set to hit theatres on August 25, 2022. The makers of the film have released a new trailer in which Vijay Deverakonda plays a boxer.

The first glimpse at Vijay Deverakonda's starer was revealed on Dharma Productions' YouTube channel, and it immediately drew everyone's attention.

Take a look at the promo shared by Dharma Productions here:

The 'Arjun Reddy' actor promised to share a glimpse of 'Liger' on the eve of New Year. As promised, he took to social media to share the promo of the film.

Deverakonda plays 'Liger,' an MMA fighter who goes all out to win his fights in the film. He is set to wow fans in a never-before-seen persona in the film.

Deverakonda appears in the promo video as a chaiwala from Mumbai's streets. After that, he fights as 'Liger' in MMA matches. Vijay Deverakonda's boxing persona has wowed spectators, from displaying anger to pummeling his opponents. Ramya Krishna appeared as Deverakonda’s mother, while Ronit Roy is seen as his coach.

'Liger' has been the centre of attention from its start, but production was delayed due to the Covid-19 pandemic. The film was planned to be released on September 9 in theatres all around the world, however, it was postponed due to an increase of COVID-19 cases at the time.

Puri Jagannadh is the director of 'Liger.' Vijay Deverakonda and Ananya Panday will play the key roles in the Telugu-Hindi bilingual. The 'Liger' crew surprised everyone earlier this year by bringing in boxing great Mike Tyson for a significant part in the film.

While Deverakonda will make his Hindi debut with 'Liger,' Ananya Panday will make her Tollywood debut with this film. The film is jointly produced by Puri Jagannadh, Charmme Kaur, and Karan Johar.