The ‘Fast And Furious’ actor Vin Diesel was seen giving away the daughter of his best friend late actor Paul Walker at her wedding. 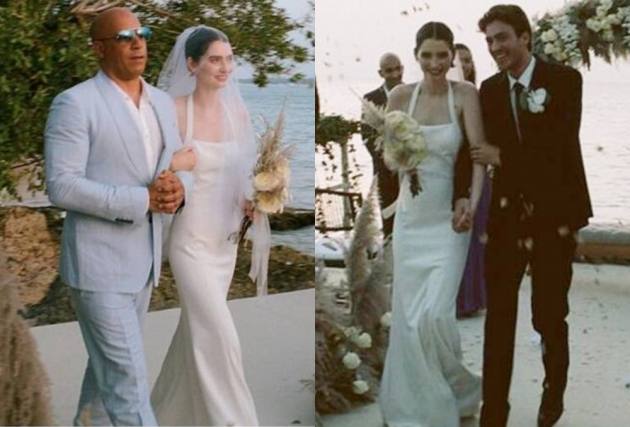 Meadow Walker posted photographs and videos from her wedding on Instagram. The pics and videos included one of her late father actor Paul Walker's dearest friends, actor Vin Diesel, walking her down the aisle. Meadow Walker and her fiancé Louis Thornton-Allan got engaged in August.

Fans responded to the photographs and video with kind remarks. Fans were massively happy looking at the pics and videos. One fan wrote, “Paul Walker would’ve been happy,” another said, “Vin walking down was so heartwarming. Paul is shining down.” “That’s what’s called best friend,” wrote another fan.

Jordana Brewster, another ‘Fast and Furious’ franchise regular, was seen hugging the bride in the footage.

Walker died on November 30, 2013, at the age of 40, in a vehicle accident in the middle of filming ‘Furious 7’, causing shock and mourning throughout Hollywood. He portrayed Brian O'Conner, one of the franchise's three primary heroes.

‘Furious 7’, directed by James Wan, was released posthumously in 2015. Walker appeared in six ‘Fast And Furious’ films in all. The film studio behind ‘Fast And Furious’, Universal, launched a documentary titled ‘I Am Paul Walker’, which detailed his life and career.