Filmmaker Vishal Furia feels that Indian horror films include a lot of Bollywood touches like songs, romance, etc. Thus, horror ends up staying back in a horror film, and that’s a little worrisome. 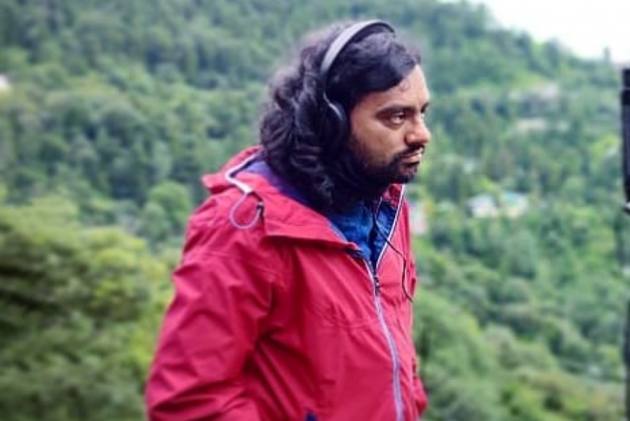 Filmmaker Vishal Furia has slowly and steadily turned to be a master at the genre of horror. He made a brilliant ‘Laapachaapi’ in Marathi and went on to remake it in Hindi as ‘Chhorii’. Both movies received a humongous response from the audiences. He is one of the very few who has managed to remake a Marathi original, keep its essence while making it for a pan-India audience, and also tasting success with it.

Talking about the same, Furia says, “The biggest change (from Marathi to Hindi) that we had to make was that setup. Earlier the setup was made keeping only one state in mind but now it had to be made for the pan-India audience. This time we had to write the story, design the setup in a way that the pan-India audience could relate and not be alienated by the story. The audience should not feel that the story belongs to a different state and it will not happen around us. That was something that we had to really be careful about and that was the reason why we designed a fictional world which encompasses elements from multiple states of India so that people from all over India can relate to it.”

He adds, “The change was reflected on the sets, in the costume design, in the language that they spoke and also in terms of the overall setup. The emotions are supposed to be unanimous throughout India; they remain the same that was what we wanted to show. We did not have to worry much about the emotions part though. Emotions are always common when it comes to pan-India. That is why people can relate to the films of different states. I think that just the way of expressing the emotions changes sometimes and that is something that we had to take care of.”

But these days, audiences are subjected to various regional and global cinema due to OTT. It must have been a challenge to ensure that the story doesn’t feel ‘already seen’. “Also, the major change that we had to make was that these days the audience is subjected to a lot of international content because of the various available platforms. So we had to improve the quality of the production keeping that in mind, there were improvements made in the shooting of the film, better equipment was used, and overall the whole storytelling process had to be improved. We wanted it to look like a product which the Indian audiences can look up to and be proud of. The characters motivation and reactions were also changed from the original. I myself as a human being have changed from the person that I was when I did ‘Laapachaapi’. Even those changes were reflected in the script,” clarifies Furia.

‘Chhorii’ turned out to be one of the biggest releases of that month on the OTT platform it was released. It has been one of the very few horror films that has been so well received by the Indian audiences. As a writer-director, is the horror genre less explored in India?

“I think that I am also exploring this genre. I wouldn’t say that I am a complete master. I have done some work in this genre consistently but still to be very frank, I am also exploring this genre and the possibilities that it has. In India, I think we are stuck to a particular way of presenting horror films or writing horror films and that includes a lot of Bollywood touches like songs and romance and stuff like that. So horror ends up staying back in a horror film and that is something which is a little worrisome. If you see the worldwide scenario, the horror genre has evolved a lot. People are really trying to show different types of horror stories and implement them in various ways. I would just say that we need to keep evolving the genre and bring in something new to the genre. Time has come that we do that in India. We made an attempt with ‘Chhorii’ from our side and we hope to carry on that attempt as the film is appreciated. I can say that most of the audience has really liked the film. They have welcomed the new style of storytelling that we have used for this genre in our country. We have got a very positive response and that has only motivated me to move ahead and keep bringing out films in this genre,” concludes Furia.

On the work front, Furia also came up with ‘Bali’, a Marathi thriller on OTT, which also received great reviews. He will next be seen coming up with ‘Forensic’ which has actor Vikrant Massey and actress Radhika Apte playing the leads.