Vivek Oberoi Asks Salman Khan 16 years After Their Rift Over Aishwarya Rai: ‘Do You Truly Believe In Forgiveness?

It was in 2003 that Vivek Oberoi called that infamous press conference accusing Salman Khan of threatening him. 16 years after the episode, Vivek is still seeking forgiveness! 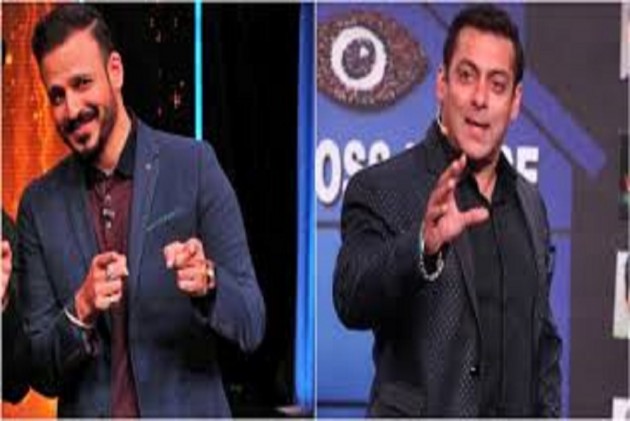 Actor Vivek Oberoi has been in the news of late for his biopic on PM Narendra Modi, whose release was stalled by the Election Commission of India. The actor, otherwise active making films in South India, recently spoke candidly in an interview about work and life.

In the section’s rapid-fire segment he was asked what question he would ask some people if they had been administered with the truth serum. When the question to ask Salman Khan arose, Vivek was quick to revert. He told Bollywood Hungama that he would ask Salman: “Do you truly believe in forgiveness?” It is worth recalling that nearly 16 years ago, Salman and Vivek were at loggerheads over one person: Aishwarya Rai. Aishwarya, Salman’s long-time girlfriend had walked out on Salman and had begun dating Vivek. In 2003, Vivek had reportedly called a press conference in which he had accused Salman of calling him in a drunken state and threatening to kill him. The presser had a damaging effect on his career and, some may even add, led to his downfall in Bollywood.
Vivek’s Modi biopic which was set to hit the screens on April 12 when Election Commission of India asked the producers to not release it, acting on a complaint by many political parties including the Congress. “You are directed not to exhibit the film till further orders,” the EC had said.
Salman, meanwhile, remains busy with Bharat, which is due to hit the screens on Eid. He also has the Hindi remake of Korean film, Veteran, Dabangg 3 and Sanjay Leela Bhansali’s next opposite Alia Bhatt.