Vivek Oberoi, who plays Vikrant Dhawan in the third season of Amazon Prime Video's 'Inside Edge,' has said that he will soon begin work on a project that is really psychedelic, but he is doing it because he loves the storyline. 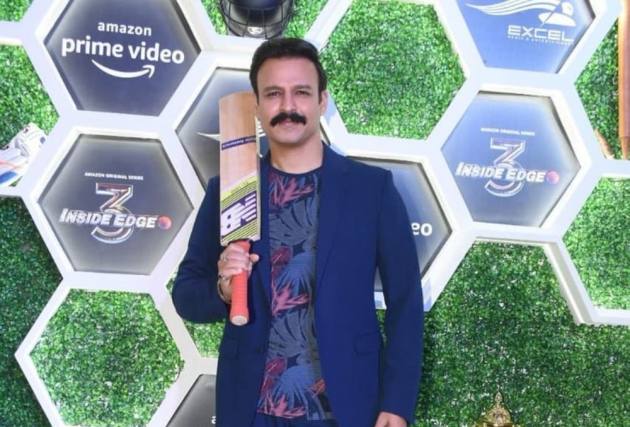 Actor Vivek Oberoi has said that he is working on a 'superficial film' that is devoid of passion or depth and is absolutely 'trippy.' He went on to say that he liked the film's concept and writing. In a recent interview with Hindustan Times, Vivek Oberoi discussed the many types of work he has taken on.

Oberoi can be currently seen on the show 'Inside Edge.' The third season of the show, which also stars Richa Chadha, was released on Amazon Prime last week.

Talking about how he has been choosing a variety of projects these days, the actor said, “I am only doing stuff that excites me. Or stuff that makes me feel like, ‘This is a kick, I want to do it’. I am doing a film which I will be shooting in England in the first quarter of next year. It is a full trip. It is a trippy movie, and it is completely superficial. It has got no depth, no emotion, but it is a trip. And, I just love it, I just love the script, I love the idea and I was like, ‘Let us take something trivial like this and let us have fun making a movie'.”

He also shared a few details on his forthcoming show with Suniel Shetty. “I am super excited about the stuff that I am doing right now. I am shooting this very interesting show for MX Player called Dharavi Bank and my character, Jayant Gavaskar, is also a fascinating character. It is not something I have played before. It is the protagonist of the show and Anna, Suniel Shetty, is the antagonist. I absolutely love him (Suniel). It is a love-hate relationship with him. I love him in real life and hate him onscreen,” he said.

When the actor was asked if he would like to play any other character on 'Inside Edge,' apart from his own, he said, “That’s like taking a kid to a candy store and asking him to pick one. I am a hungry actor. I am constantly thinking of characters. Now, as I grow into being a producer, being a writer myself - I have been creatively writing so much content. I am also realising that I often feel that as an actor I would love to play a role, ‘But I am not the best fit for the part’. 'Maybe this part should be played by this actor.’ I am kind of growing up, in a way, in that journey too. I can say ‘This actor suits better for this role, and this story’. I know I want to do everything as an actor but I can’t, I will pick and choose the right ones.”