In an interview, Adele spoke about her favourite royals, life in the UK, what she’s currently watching and a rather honest answer to the question of ‘biggest risk she's ever taken.’ 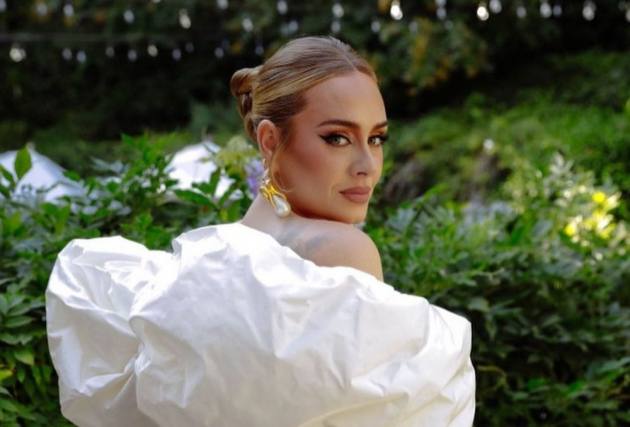 British singer-songwriter Adele spoke about several things including suggesting that leaving her marriage was the “biggest risk” she had ever taken during Vogue Magazine’s tradition 73 question interview.

During the interview, Adele brought up a framed piece of gum from singer Céline Dion while calling it "pretty amazing." Recalling the story behind it, the singer shared: "James Corden — who's a friend of mine but also does Carpool Karaoke, which I did — did one with her. He knew how much of a fan I was of her and he made her spit her gum into a piece of paper and she framed it for me. That's my proudest possession," she added.

Looking back at the moment she broke her Grammy to share with Queen Bey? "It was actually really easy. I was just so uncomfortable and nervous trying to give the speech right in front of her that it just twisted and came off the end. It was fate!" She said.

During a this-or-that portion of the video, she chose Blur over Oasis, Liam over Noel Gallagher, Prince Harry over Prince William and the Spice Girls over the Beatles.

Talking about fashion, the British singer cited Cate Blanchett as her fashion icon and declared her love for hoop earrings. Sharing the best piece of advice she received from her mother, the star recalled her mum saying--"Chill out and stop being so regimented with the routine." As for the biggest risk she's ever taken, Adele said was "leaving my marriage."