Watch: Alia Bhatt 'Stumped' When Reporter Hinted At Ranbir Kapoor And Asked If 'R' Is Lucky For Her

During the trailer release of their next film 'RRR' in Mumbai, Alia Bhatt, SS Rajamouli, Ajay Devgn, and Jr NTR talked with the media. 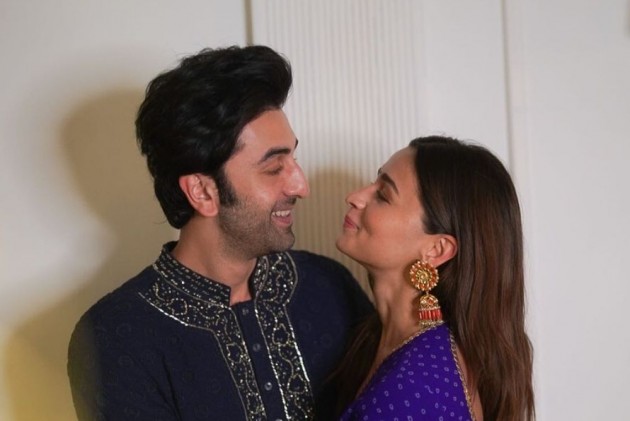 During the trailer launch of their next film 'RRR,' Alia Bhatt, SS Rajamouli, Ajay Devgn, and Jr NTR spoke with the media in Mumbai. During the event, a reporter asked Bhatt if R is lucky for her, referring to her boyfriend Ranbir Kapoor.

Bhatt can't stop smiling in a video circulating on social media after being asked the question. Alia Bhatt, who was seated between SS Rajamouli and Ajay Devgn, looked at Devgn who nodded at her.

Alia Bhatt then replied, “I am stumped. Mere paas jawaab hi nahin hai (I don’t have an answer). I am trying to be intelligent. I don’t have a good answer.”

After this, she said, “Ji (Yes)”, and the audience cheered. The actor added, “R is a lovely alphabet, but so is A.”

Alia Bhatt and Ranbir Kapoor have been dating for a long time. According to reports, the pair intends to marry after completing their work obligations.

Talking to former journalist Rajeev Masand about his wedding, Ranbir Kapoor had said, “It would have already been sealed if the pandemic hadn’t hit our lives. But I don’t want to jinx it by saying anything. I want to tick mark that goal soon in my life.” Ranbir and Alia had made their relationship official in 2018 after they arrived together at Sonam Kapoor and Anand Ahuja’s wedding reception.

Both Ranbir Kapoor and Alia Bhatt have several films lined up. Besides their film 'Brahmastra,' Ranbir has 'Shamshera,' 'Animal,' and an untitled film with Shraddha Kapoor, directed by Luv Ranjan, in the pipeline. On the other hand, Bhatt is awaiting the release of 'Gangubai Kathiawadi.' She also has 'RRR,' 'Darlings,' 'Rocky Aur Rani Ki Prem Kahani,' and 'Jee Le Zaraa.'