Akshay Kumar along with the 'Atrangi Re' crew will be seen on 'The Kapil Sharma Show' this week. 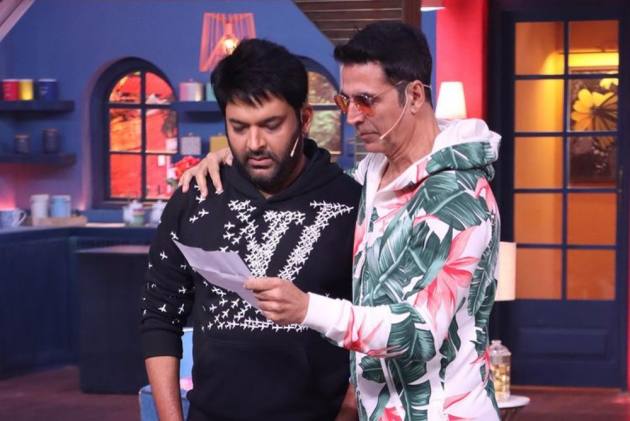 Akshay Kumar and the 'Atrangi Re' crew are slated to appear on 'The Kapil Sharma Show.' Although the episode has yet to premiere, the show's teasers have piqued viewers' interest. Sony Entertainment Television has shared a new promo for the upcoming episode of 'The Kapil Sharma Show' on YouTube, in which Akshay Kumar makes a big appearance. Later, Sharma enters and greets Sara Ali Khan and Aanand L Rai, the director of 'Atrangi Re.'

The teaser featured Akshay Kumar and Khan swaying to 'Chaka Chak' as she entered the stage. Kapil Sharma teased Kumar about working with Sharmila Tagore, her son Saif Ali Khan, and his daughter Sara Ali Khan in the promo. He says, “Humne ek aur cheez suni hai ki aapke paas ek aur script hai jisme aap, Taimur aur uss samay jo bhi heroine hogi, uske saath love triangle hai. Yeh baat sahi hai (We heard that you have a script in which you will be seen in a love triangle with Taimur Ali Khan and one of the future heroines. Is it true)?”

Later, Kiku Sharma enters the stage and talks about the wedding of Vicky Kaushal and Katrina Kaif. He sits with the guests and says, “Maine aisi shaadi life mein nahi dekhi. Kyunki unhone mujhe dekhne hi nahi di (I never saw such a wedding in my life. Because they did not let me see it).”