A video clipping from one of the episodes of ‘The Kapil Sharma Show’, where Raj Kundra was the guest, has gone viral. 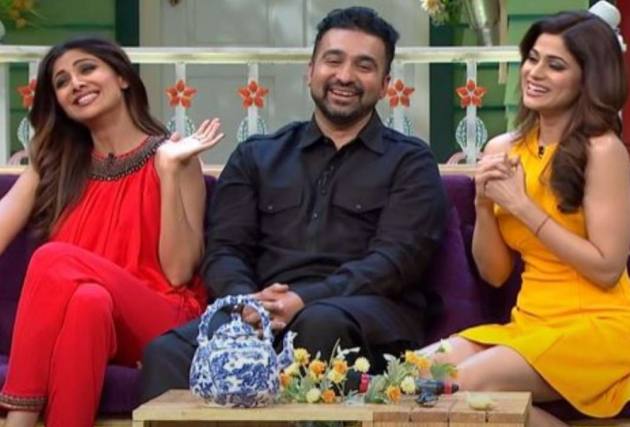 As Twitterati  continue to talk about Raj Kundra after he was arrested by the Mumbai Police for his alleged involvement in making of pornographic films on Monday night, an old video where comedian Kapil Sharma makes fun of the Mumbai-based businessman for not knowing how he earns money, has gone viral.

The 21-second-long video is from one of the episodes of 'The Kapil Sharma Show', where Kundra along with his wife Shilpa Shetty Kundra and her sister actor Shamita Shetty. Sharma, jokes that he often sees Kundra taking part in Celebrity events like charity football matches and jokingly asked him the source of his earnings.

On Monday night, Mumbai Police arrested Kundra and identified him as one of the “key conspirators” in a case related to alleged creation of pornographic films and publishing them through digital apps.

"There was a case registered with the Crime Branch Mumbai in Feb 2021 about the creation of pornographic films and publishing them through some Apps. We've arrested Mr Raj Kundra in this case on 19/7/21 as he appears to be the key conspirator of this. We have sufficient evidence regarding this," the Mumbai Police Commissioner said in a statement.