Watch: Karisma Kapoor’s Reaction After Anurag Basu Tells Her To Include Alia Bhatt In Her Family Goes Viral

The actor was filling in as a guest judge, in place of Shilpa Shetty for an episode of the dance reality show ‘Super Dancer 4’. 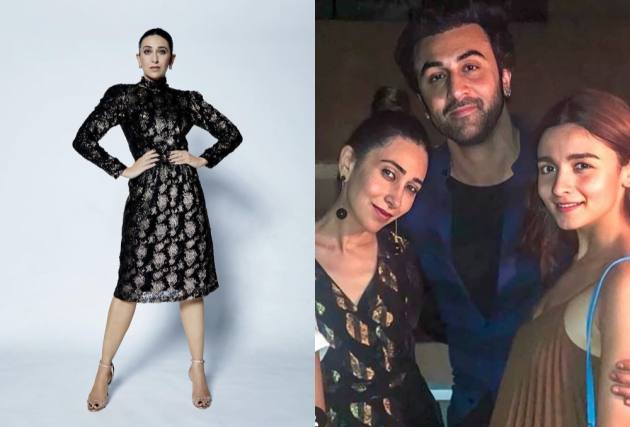 A video clip from an episode of the dance reality show, ‘Super Dancer 4’, in which actor Karisma Kapoor is left speechless after filmmaker Anurag Basu asked her to include Alia Bhatt in her list of actors from her family, has gone viral.

In the clip from the episode which had aired in July, Kapoor, was asked by the contestant to name all the actors in her family. The 47-year-old actor obliged and started naming actors, from her great-grandfather, Prithviraj Kpoor to her cousin Zahaan Kapoor who recently announced his debut film to be directed Hansal Mehta.

Basu, who is also one of the permanent judges on the show along with Geeta Kapoor, then joked that Karisma should also count Alia Bhatt as her family member, since there have been several reports of her getting married to actor Ranbir Kapoor.

Even, Ranbir in an interview had also said that he would have gotten married to Bhatt, but the pandemic postponed their plans.

Karisma’s reactions, in which she gestured that her lips were sealed on the topic, has gone viral and many have loved the actor’s caught-off-guard reaction.

Kapoor was filling in as a guest judge, for actor Shilpa Shetty who has skipped the shooting of the reality TV show, ever since her husband, Raj Kundra’s arrest on July 19.