Actress Nora Fatehi was recently spotted in a mermaid gown in a video that went viral because she looked stunning and also because she was being carried on a stretcher while dressed as a mermaid. Have a look. 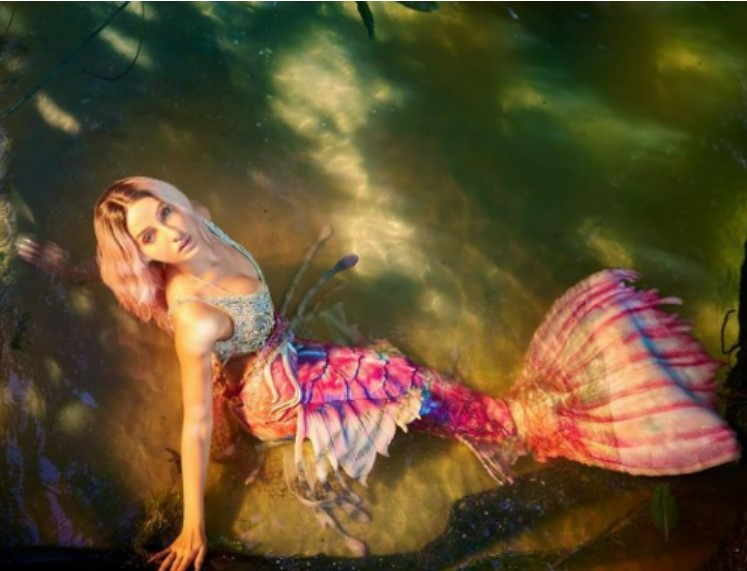 Actress  Nora Fatehi, known for her flawless dance moves and beauty, is all set to sizzle on-screen with another foot-tapping and energy pumping track 'Dance Meri Rani.' The duo held a photoshoot ahead of the release of  Punjabi singer Guru Randhawa's song, after which Fatehi's  mermaid look from the song went all over the internet and created a lot of buzz on social media.

Notably, the duo will now collaborate again after delivering a massive and successful hit with the song  'Naach Meri Rani in 2020,' in which Randhawa and Fatehi stunned fans with their crackling chemistry.

One of the BTS videos from the song has gone viral on social media. Randhawa took to instagram to share the video of Fatehi  dressed as a mermaid, and being carried onto the set on a stretcher. No need to be concerned; she is unharmed. Her mermaid costume, in fact, limited her movement to the point where crew members had to carry her around on a stretcher.

Several netizens praised her for her dedication as soon as the video went viral on social media. Fatehi's strong work ethic and dedication for her shoots is what netizens lauded her with.  This isn't the first time the actress has shown exceptional commitment to her work.

She had previously continued to work despite being injured by a shard of glass while filming the song 'Kusu Kusu' from the film 'Satyameva Jayate 2'.

The teaser was out on 18th December and here is a snippet of the same: