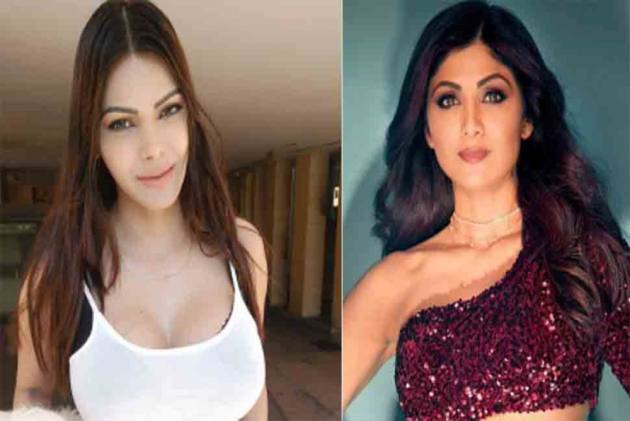 Actress-model Sherlyn Chopra has reacted to Shilpa Shetty's statement to Mumbai Police that she was completely unaware of what husband Raj Kundra was up to in the pornography case. Sherlyn and Shilpa are both among 43 witnesses whose statements have been recorded in the 1467-page supplementary chargesheet filed by the Mumbai Police in the Raj Kundra pornography case.

On Wednesday, Sherlyn Chopra shared a video on Instagram, referring to Shilpa Shetty as 'didi'. "According to some media reports, didi is saying that she wasn't aware of the nefarious activities of her husband. Didi is also saying that she doesn't about the movable and immovable assets of her husband. How true is this statement, you guys can understand yourself," Sherlyn said in the video while doing bicep curls with dumbbells?

For the uninitiated, Sherlyn Chopra’s statement has also been included in the voluminous charge sheet.

According to the police probe, Kundra allegedly used his company's Mumbai offices to manage the daily operations of the sleaze content racket and upload it through the HotShots and Bollyfame apps for paid viewers.

Kundra, 45, was arrested on July 19 in the sensational case in which there are several other accused, and the charge sheet running into around 1,500 pages, has been lodged before a Mumbai magistrate court.