In a virtual interaction, the two stars spoke about several themes of the film, 'Rashmi Rocket', including, sports, ambitions, life and specifically the hurdles faced by female sportspersons in the country. 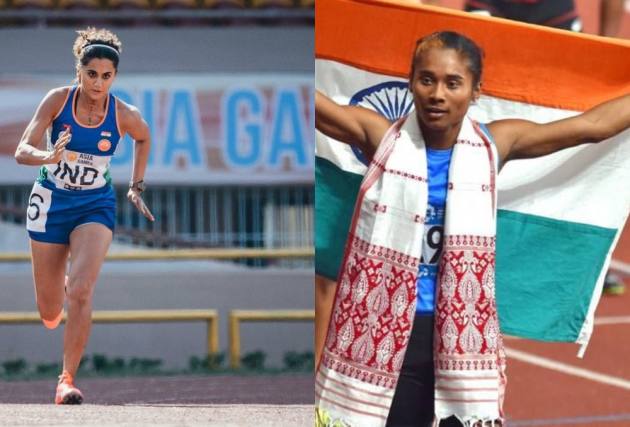 “I became a fan of Hima Das when I saw her race to victory in U20 Chamionship and since then I address her as a rocket who has made the country proud by winning so many accolades. It was amazing interacting with her and knowing more about her inspiring journey in her own words,” Pannu said during her interaction.

Hima Das, who has seen glimpses of ‘Rashmi Rocket’, said she loved it and applauded Pannu's performance in the movie.

“The minute I watched Rashmi Rocket's trailer, it caught my attention. I have immense love and respect for Taapsee for her choice of roles and because Taapsee picks roles that empower other women. It was lovely chatting with Taapsee about our struggles and journey as I don't feel alone now in this race,” said Das.

Taapsee in return said it was Hima's validation and compliment which she was waiting for and which means the most to her.

“Hima's energy and positivity rubs off on people around her and she truly is a force to reckon with. it was heartening to know that she loved Rashmi Rocket as I have worked so hard on this film and this has been my toughest film so far but after receiving her compliments, I feel it was all worth it as there's no bigger compliment than the one coming from a real athlete and a real 'rocket',” added Pannu.