A video of actor Vijay Sethupathi and his aide getting attacked at the Kempegowda International Airport is going viral all over social media. 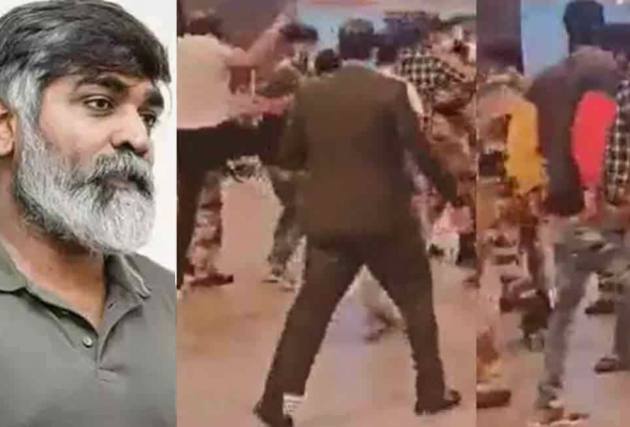 On Wednesday night, actor Vijay Sethupathi and an assistant were reportedly attacked by a guy at the Kempegowda International Airport. A video of the incident has gone viral on social media, and fans of the actor are enraged at the incident.

According to reports, the assailant’s name is Johnson, a young Malayali man. It is being said that he was apparently enraged after being refused a photo with the celebrity. The guy, enraged by this, reportedly struck the assistant, according to the sources.

Sethupathi was returning from a film shoot in the city, and the assistant was clearing the way when the man reportedly attacked them. It is being said that probably the man was in an inebriated state. Following an incident, the attacker and others accompanying Sethupathi struck an agreement and agreed not to file a police report.

However, the video somehow made its way to social media, and now the whole world knows about the incident.

The source speaking to a news agency stated that the incident was not serious and that the unnamed guy, who was drunk, was being a nuisance. Eventually, a brief quarrel arose between the two parties, and the actor and his crew decided to depart. The individual is thought to have followed the actor and attempted to strike a kick.

The blow is thought to have struck one of the actor's entourage. Police officers intervened immediately to control the guy as the actor was securely led away. Sethupathi, on the other hand, chose not to press charges and be the bigger man. No police report has been made against the assailant.