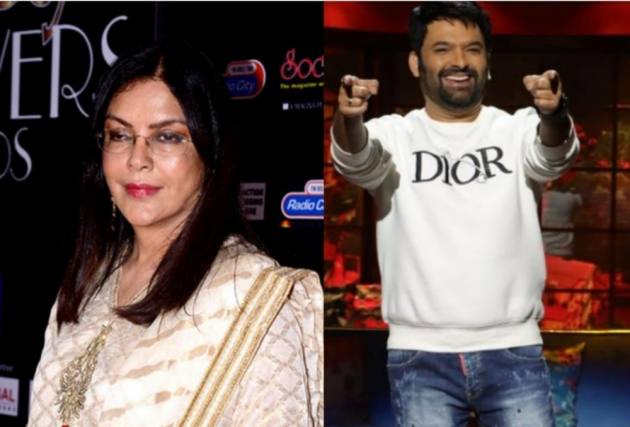 Veteran actresses  Zeenat Aman, Anita Raj and Poonam Dhillon will appear in the upcoming episode of 'The Kapil Sharma Show' (TKSS) .  In a new promo shared by the channel, host and comedian Kapil Sharma  could be seen engaging in his usual fun banter with his special guests.

At one point,  Sharma questioned Aman about her multiple rain sequences in movies and asked her whether the makers thought the actor did not take regular baths.

Aman said, “Meri zehen mein kisine daala ki jab aapko baarish mein nehalwate hai toh producer ke yahaan baarish hoti hai paiso ki (Someone once told me whenever I am made to take a shower in the rain on screen, it rains money for my producers).”

Hearing the response from the veteran actress , the audience could not help but laugh out loud.

Sharma  also praised Dhillon's beauty, claiming that after romancing her in the 1984 film 'Sohni Mahiwal', lead actor Sunny Deol moved away from the romantic genre to focus on action films.

In the video, comedian  Krushna Abhishek imitates veteran actor Mithun Chakraborty and showers praise on the three former Bollywood leading ladies, saying he considers himself fortunate to have shared screen space with them.