Can’t Retrofit A Story Into A Duration: Jaydeep Sarkar

Director of one of the episodes, ‘Ishq Mastana’ in Netflix’s recently released anthology series ‘Feels Like Ishq’, Jaydeep Sarkar’, talks about the importance of duration in story-telling and why characters in his projects are relatable. 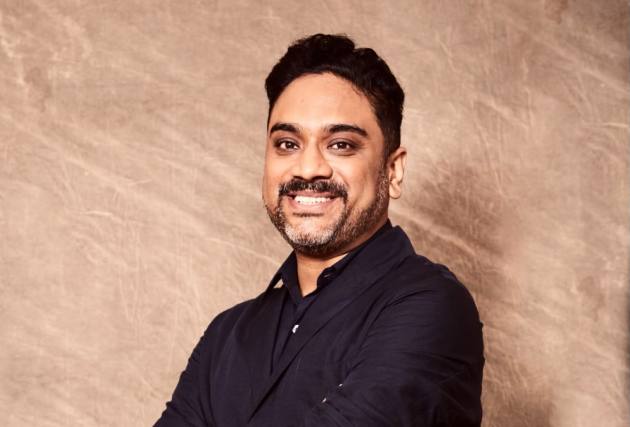 As someone who has directed advertisements that last as long as 30 seconds to directing short movies, Mumbai-based filmmaker Jaydeep Sarkar understands the subtle relationship between time and story-telling.

“Well, I am an advertising filmmaker by day. So, for me, thirty seconds is all I get on most days to tell a tale, create a moment. I feel every story dictates its own duration. Some stories can be deftly told in thirty seconds and some in two hours or even four hours. But the story has to decide that. We can’t retrofit a story into a duration,” he says.

Perhaps that’s why it is easier for him to switch from an ad filmmaker to a short-film director, or as recently was the case, direct a 22-minute-long episode, ‘Ishq Mastana’, as a part of Netflix’s recently released anthology series, ‘Feels Like Ishq’.

“Twenty-two minutes for ‘Ishq Mastana’ was a luxury!” he jokes.

“We had roughly twenty-two minutes, and we chose a story of a few hours, which would also give us scope to have languid moments and we just didn’t have to race through the plot. For me, the truck scene, when they are heading back to the city, is where the heart of the film lies. It’s where we chose to get into the moment and just stay on the characters as they play off each other and slowly start empathising with the other, and eventually, there is a sense of longing in their shared experience. The scene demanded that it be languid. The scene always dictates its duration, the story always dictates the format,” adds Sarkar who admits being chuffed at the response the series has received so far.

“The love we have received for ‘Ishq Mastana’ has been overwhelming. To see young college students discovering the works of Sant Kabir is just so fulfilling. I have seen the lyrics of the song ‘Haman Hai Ishq Mastana’ shared many many times on Twitter since our film was released. They are discussing Kabir’s poetry and hopefully seeing the relevance of his work in the world we live in, today. We wanted to make a relevant film, a film that was not just a love story between a boy and a girl, but also of a generation in love with the world they live in,” he says.

Sarkar’s humanist style and riveting performances in his films have brought to life many stories, not just for brands but also for not-for-profit organizations such as ‘Action Aid’ and Nobel laureate Kailash Satyarthi’s ‘Bachpan Bachao Andolan’.

Even for ‘Ishq Mastana’, his approach was the same.

“It’s so much more fun to see irony overall, and then in characters when they defy expectations. I think that’s what makes characters endearing, human and fragile. Like Mehr cares for the planet but is non-vegetarian. But Kabir, the otherwise privileged guy is vegan. That’s life. It’s ironic. It’s real. It’s for the audience to take what they will, from this but I don’t want to create simplistic characters who have no complexity,” explains Sarkar.

After having worked with filmmakers such as Sudhir Mishra and Anurag Kashyap, moved to the ad world. For the last six years, Sarkar has directed commercials for India’s largest brands such as Hindustan Unilever, ITC, Glaxo Smith Kline, Pepsi among many others.

With many of his shows across OTT platforms, which are at various stages of development and production, Sarkar feels the platform allows him to tell stories the way he wants to do. Just like how it allowed other filmmakers to do the same thing.

“OTT platforms are liberating us from the pressures of the blockbuster Fridays. I feel it’s very important for stories to be back in focus, than just some joyride masquerading as a film which will draw people to popcorn. Thanks to OTT, people are finding the joy of discovering newer stories. Someone in Delhi is charmed by the new Malayalam film he finds on Netflix or Prime Video. I feel the OTT platforms are allowing us to tell stories that would have otherwise not been told, had just box office forces been at play,” he says.

“It’s very liberating to be able to decide whether I want to watch this over a meal, or binge on a weekend. People are watching films while travelling to work, on the treadmill. The way films are being viewed is changing. Attention spans are changing. People find it easier to commit to short films now. There’s a tectonic shift in the way entertainment is being received. We are at the beginning of an interesting curve, I feel,” Sarkar signs off.

'Antim' Actor Aayush Sharma: I Used To Keep Apologising To Salman Khan After Our Fight Sequences

Nitu Chandra: I Carry My India, Wherever I Go And That Is Why I Chose To Wear Saree

Ashwiny Iyer Tiwari: I Believe In The Concept Of Living Life One Day At A Time

Aamir Khan: Primary Job To Entertain People, Notion I Do Only Socially Relevant Films Not True

Jeremy Renner: My Feelings For 'Hawkeye' Have Only Deepened