The star-studded cast, including Naseeruddin Shah, Lara Dutta, Kritika Kamra, Raghubir Yadav, and the others, was one of the primary reasons, why Soha Ali Khan agreed to be a part of ‘Kaun Banegi Shikharwati’. 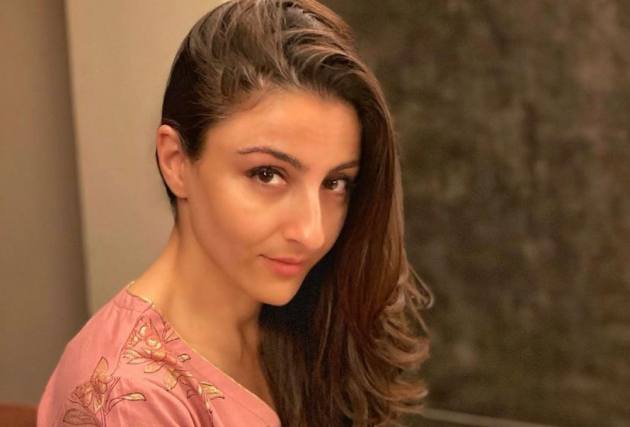 Bollywood actress Soha Ali Khan is excited to return to the screen after a gap of three years. While that, was obviously the primary reason why Khan agreed to be part of the upcoming comedy web series, ‘Kaun Banegi Shikharwati’ on Zee5, the show’s setting in Rajasthan, its star-studded cast which includes Naseeruddin Shah, Lara Dutta, Kritika Kamra, Raghubir Yadav and others, and the fact that she wanted to have dinner with somebody, who was not her husband actor Kunal Kemmu, were some other reasons why she agreed to be a part of the show.

“The entire prospect of having to see a face, which is not Kunal, while having dinner was one of the many reasons why I said yes to the show,” she jokes.

“I got a lot of confidence when Naseer sab said yes. I got a lot of confidence when Lara said yes, then when Raghubir ji said yes, and even when Cyrus Sahukar also said a yes. He is someone, who you can just keep looking at just his face, because he is so funny. The entire point of comedy is to have fun and laugh all the time. So, if you have a co-star like him, half of your job is already done,” she says.

Khan was last seen in 2018 in the film ‘Sahib, Biwi Aur Gangster 3’, just a year after her daughter, Inaaya was born. So, she does admit she was itching to get back to work.

“I hadn’t done anything for three years, so yes anything would have been exciting, because I just wanted to be a part of something,” she says. But, things had changed for her, ever she became a mother in 2017.

“The entire process does get very important, because you have to be with the right people who also understand the fact that I am a working mother now. With this show, luckily, she was with me throughout the time we were shooting. When I had breaks, I could go meet her, have lunch with her and she could come on the sets,” she says.

Her first shooting experience, after becoming a mother has, therefore, given her a lot more confidence. “Of course, there’s a lot more confidence and Inaaya has also grown up a bit. But yes, the first shooting experience was important for me in terms of the confidence I needed to step out and work. I made a point that before she goes to sleep, I’d do a bedtime story for her and I was able to do that. Not every day, but yes, 38 out of the 40 nights we were there, I was able to do that for her. So, I got a lot of time to hang out with her and that really gave me a lot of confidence,” she signs off.