What Is The Reason Behind Imran Khan And Avantika Malik's Separation?

Amid rumours of an impending divorce between Imran and Avantika, who were at one time, one of Bollywood's loved couples, a source reveals inside details about the issues that cropped up between the two. 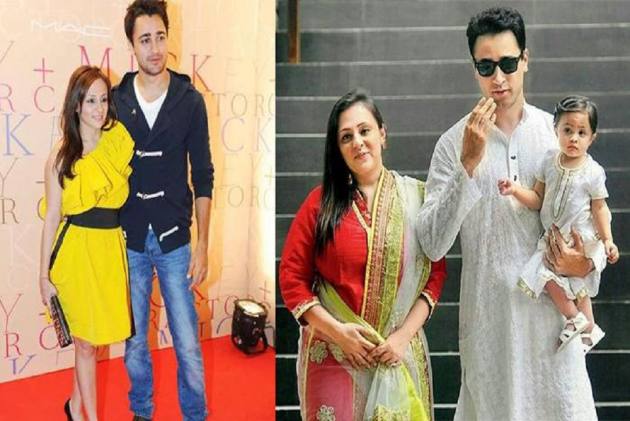 Imran Khan and Avantika Malik's rock steady marriage has now hit troubled waters after it was reported that the couple have been living separately for sometime now. Due to growing differences between Imran and Avantika, the latter left the actor's home with daughter Imara. Since then, both of them have dodged the media and not answered the boiling question - what caused the split? But Imran's mother-in-law Vandana Malik responded to rumours and dismissed them completely.

But now, a source extremely close to the couple, revealed shocking details behind their break up. The source tells us, "Imran has not faced much luck as an actor. After Katti Batti failed, offers started drying up and soon enough, he was left with no work. It's been four years that the actor is at home, doing absolutely nothing. He wanted to turn a director but that also has not taken shape the way he envisioned. He just did a small short with Dharma 2.0 and that's it."

So, it was the frustration that creeped in. "He became really irritable and would react at the littlest of things. All their savings were getting used up and Avantika had to finally rely on her side of the family to support them. There were regular arguments between him and Avantika and their house became a debating platform each day. Avantika couldn't take it anymore and realised that all these regular tiffs and fights were affecting their child Imaara. She called her family and told them everything. They tried various ways to reconcile but to no avail. Both Imran and Avantika were fuming and they decided to take some time off their marriage and she moved out with the kid." They haven't yet filed for divorce but are definitely living separately. What needs to be seen is whether the couple is able to mitigate their differences and get back together stronger or they decide to call their marriage off completely.