Juhi Chawla stated that she is superstitious about KKR matches and feels that when she, her husband Jai Mehta, and Shah Rukh Khan are all there, the team is more likely to win. 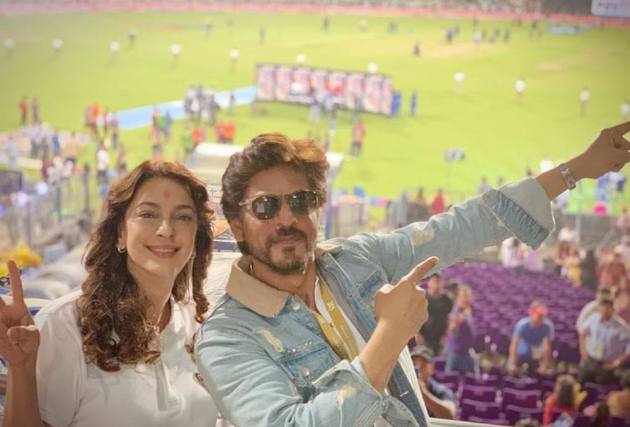 When 'The Kapil Sharma Show' invited iconic 90s actresses Juhi Chawla, Ayesha Jhulka, and Madhoo a few weeks ago, a lot of intriguing tales about the era and the film business today came pouring out. Now, Sharma has uploaded a 'best of' clip from the show on YouTube in which Juhi Chawla talks about the Kolkata Knight Riders, the Indian Premier League (IPL) franchise she co-owns with Shah Rukh Khan, and how the team handles failures.

Chawla stated that she is superstitious about KKR matches and feels that when she, her husband Jai Mehta, and Shah Rukh Khan are all there, the team is more likely to win. However, sometimes things do not always go as planned, and KKR begins to lose. The actress said that this is the moment when she begins to pray to all gods and chant mantras. Shah Rukh Khan, on the other side, begins scolding her while discussing how the players are doing.

Shah Rukh Khan and Juhi Chawla have a strong friendship. This year's IPL auctions were attended by their children Aryan Khan and Janhavi Mehta. "So happy to see both the KKR kids, Aryan and Jahnavi at the auction table... @iamsrk @KKRiders," Juhi said on Twitter, sharing a photo of them at the event.