Music composer Pritam recalls his memories of listening to the radio in 1983 during the cricket World Cup, and how those memories were brought to life, after he read director Kabir Khan’s script for the recently released film. 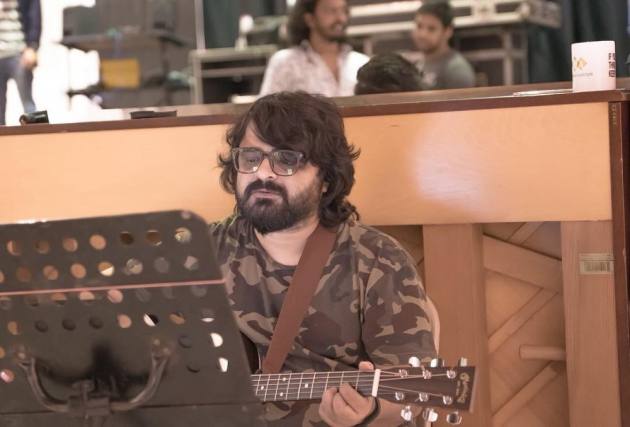 Music composer Pritam Chakraborty, just like every other Indian who witnessed the cricket team lift their maiden World Cup in 1983, felt “super-proud” after the achievement. “Before that, I mean the World Cup, I was never into cricket much. I have always been a football fan. I remember we used to play cricket only during the winters because it used to hurt a lot when a football hit you when it's cold,” he laughs.

So, when Pritam read the script by Kabir Khan for ’83’, which is based on the events of the 1983 World Cup, he couldn’t stop crying. “There were parts where I was howling! Especially the part where Kapil Dev scored 175 runs, and there is no video footage of it because BBC had gone on strike that day. I was on a plane to Delhi when I was reading the script, and I kept crying. Finally, someone came and asked me what happened and I was like ‘Did you know no one has recorded Kapil Dev’s 175*?” he says.

“I think I read the script some 6-7times. I posted about it on Instagram too, I think! It was one of the best scripts I have read in my career so far,” he adds.

“He wanted the music to just play in the background of the matches or the events that were happening. Like how it happens in Hollywood films. There is no lip-sync or anything. But it's like an OST version,” adds Pritam, who also reveals, for the first time his more than 20-year-long career, had to work on the music after the scenes were shot.

“I have never done it before in my career, so yes it was a different experience, to do that. But having said that, it was nice to see music play in your head, when you relive those images on screen and try to connect them with the memories you had of the same match you heard on the radio back then,” he signs off.