Who Is Sudha Reddy, The Only Indian Invited At Met Gala 2021?

Philanthropist Sudha Reddy, wife of billionaire businessman Megha Krishna Reddy, marked her debut on the red carpet for the much-awaited fashion night of the year, MET Gala. She stunned in haute couture attire by ace designers Falguni and Shane Peacock. 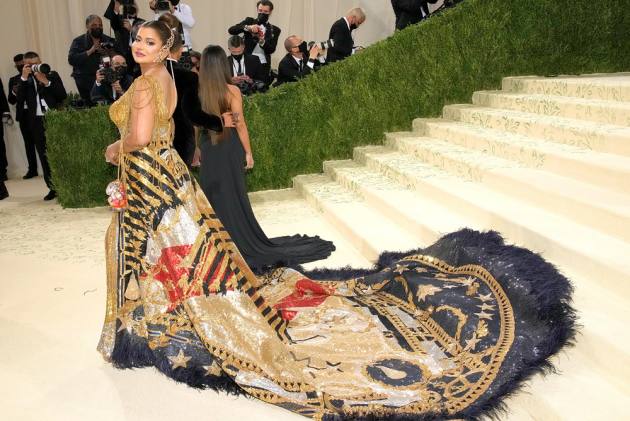 After a year and a half on hiatus, the Met Gala 2021 arrived on the evening of September 13, and it was just as fabulous as ever before. With the theme “In America: A Lexicon of Fashion,” the night honoured legendary American designers and their impact throughout fashion's history.

With stars from all over the world gracing the carpet, a stunning debut was made by Sudha Reddy, who we can safely say was the only Indian at the event this time.

Sudha Reddy, wife of India-based billionaire Megha Krishna Reddy is a philanthropist. She paid a tribute to the ingenuity of American style with a spectacular creation put together by ace fashion designer duo Falguni Shane Peacock that was further accentuated with diamond jewellery from the gem maestro Farah Ali Khan.

An avid connoisseur of art and fashion, Sudha Reddy is the first non-film luminary from the state of Telangana to have been invited for the global affair.

Indian celebrities such as Priyanka Chopra, Deepika Padukone, Isha Ambani and Natasha Poonawala have graced the previous editions of the event.

Talking about her experience Sudha Reddy tells Outlook, “It is always a special moment to represent your country. I feel grateful that I was able to represent my homeland and its culture on a global platform. I opted to wear indigenous designers like Falguni Shane Peacock and Farah Khan Jewels at the Met Gala, as I wanted to take India to the world. The love and warmth I have received in the last 24 hours is very uplifting and would like to thank everyone for their support.”

She adds, “It was an experience that is incomparable and truly one of its kind! It is an honour to be invited for such a prestigious global event where eclectic minds congregate for a cause larger than themselves, that of philanthropy. It was an extremely rewarding outing for me as I was able to exchange notes with many notable personalities, some who are extremely keen to explore socio-economic welfare campaigns in association with the Sudha Reddy Foundation in the future.”

Hailed as one of India Inc's most noteworthy do-gooders, Sudha Reddy propounds the inclusive microcosm of billionaires. Moving from ‘cheque philanthropy' to ‘hands-on philanthropy', the Sudha Reddy Foundation has socially and economically empowered lakhs of people in Telangana. When she's not spearheading Megha Group Of Industries and TruJet Airlines, she's working towards affordable healthcare and accessible education. Widely celebrated for her charitable disposition, her philosophy is inspired by late Princess Diana.

Interestingly, she was the only Indian to be nominated for The Global Gift Empowerment Of Women Award. With a commitment and vision to continually pledge out of her personal wealth, she handed over grants to two charities viz. ‘Action Against Hunger and Fight Hunger Foundation’ and 'Breast Cancer Research Foundation' in Paris with Elizabeth Hurley in attendance.