In an exclusive conversation with Outlook, ad-guru Prathap Suthan talks about SRK's popularity as a brand endorser, and how the recent controversy around his 23-year-old son, Aryan Khan, won't affect his position in the ad-world. 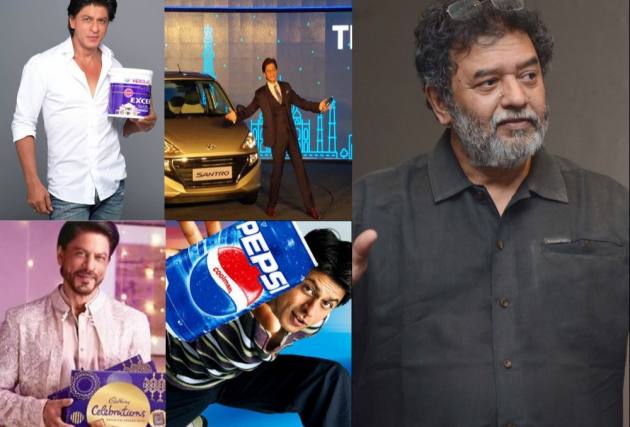 Bollywood superstar Shah Rukh Khan’s is one of the few examples who has remained one of the constants in the ad world, with endorsing a variety of brands, over this 30-year-long career.

SRK’s image on screen reflected his off-screen personality, one of the many consequences, apart from him becoming a big Bollywood star, was also his popularity in the ad world. From the nineties till now, SRK has been associated with some of the biggest brands, and as prominent ad guru Prathap Suthan notes, probably the only actor who has seldom played any other character, unlike an Aamir Khan, in the ad world.

“Aamir essentially is a character actor, and SRK epitomizes the romantic chocolate-boy hero. When people watch SRK movies, or his movies, they know they are watching SRK – he is always pinned around a romantic role complete with his trademark idiosyncrasies, whereas Aamir brings alive distinct characters, he never repeats a role,” he says.

“The other thing to note is that because of his stereotypical image, SRK was easily the choice for family centric brands. And continues to have an appeal across age groups. Aamir did and does that as well, but SRK, because of the success he gained from his charming lover and devoted husband roles, he very rarely stepped out to explore anything beyond that even in ads.” adds Suthan.

Recently, after his son was arrested by the NCB, following the agency’s raid on a cruise ship where the seized drugs, plenty of stories around Khan’s dwindling image in the ad-world had come up. Suthan, doesn’t believe that the ongoing controversy will have a major impact on SRK’s brand value, barring a few minor speedbumps.

“Social media, as everyone now knows and is getting to realise, is a place readymade for trolling. Today brands know that social media is a 24/7 complaint box - a place for criticising, bashing, and even anonymously throwing egg at a brand. Very rarely does the public ever praise a brand. So, when controversies, such as this one erupts, most brands will decide to wait it out and see if they can get out of it,” he says.

“In SRK’s case for instance, first of all it is his son, Aryan who was arrested. And it wasn’t that he was the only one on that ship. There were other people as well with him. But it’s only SRK's name that’s being talked about the most. I am not condoning the son for whatever he’s been accused of, just underlining the slippery side of celebrity life. You are suddenly responsible and of questionable character, even if your driver gets into a drunken brawl in his hometown, 500 miles away from you.” he adds.

Amidst the ongoing trial and the subsequent outrage on social media directed at SRK, Byju’s, one of the leading education companies, put a pause on all the ads featuring its brand ambassador. While the advertisements have begun, the company was also slammed by many, including actor Ali Fazal, for probably trying to keep away from the controversy by showcasing ads featuring the superstar.

“It was probably just to test the waters. Because SRK isn’t the actual accused, and public memory being short etc. Byju’s probably realised that this issue wasn't going to blow over soon, and they decided to put a pause on it. [And] After all, there was a swell of public outrage against them. However, they made no official statement or announcement, new issues have now cropped up to hog news headlines, and the ads are merrily back on TV again. Don’t think it was a loss for anybody.” he says.