The popular show hosted by Salman Khan will feature some of the known names of the industry like Koena Mitra, music composer Wajid Khan of Sajid-Wajid fame and TV actor Siddharth Shukla among others. 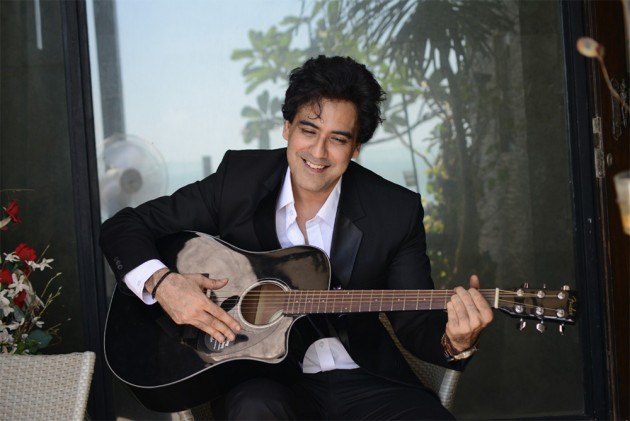 Band of Boys member Karan Oberoi has confirmed that he has been approached to be a part of the reality show Bigg Boss.

Oberoi, who is in Guwahati for the premiere of his film ‘Strawberry Point’, said, "I haven’t said yes or no. I have kept it open."

"There are certain things about which I want to talk on the show that are important from a social standpoint such as what’s gone wrong in the country...now there's something that needs to be corrected. So, I’m on that mission," he said.

"I have conveyed to them that this is why I would be coming there (on the show). If they feel comfortable that I can express my views openly and freely and talk about what is the need of the hour only then I will come," Oberoi said.

"(Hence) I will either join tonight or maybe later depending on the understanding between the Bigg Boss team and me," Oberoi told Outlook at the sidelines of 7th Brahmaputra Valley Film Festival in Guwahati.

The popular show hosted by Salman Khan will feature some of the known names of the industry like Koena Mitra, music composer Wajid Khan of Sajid-Wajid fame and TV actor Siddharth Shukla among others.

Speaking further on his acting career Karan said that he is excited to act in a single-character thriller ‘Strawberry Point’ which premiered in Guwahati.

“It’s a wonderful project as was my experience as an actor. It’s a tough task to make a film like that. I always tell everyone that there are just five such movies in the world true to the genre including that of Steven Spielberg. It’s very special.

You have to watch it to understand why it’s India’s first such movie,” said Karan who has also co-produced the film.