As the recently released movies in theatres across India did well on the box office, trade analysis suggest that audience is back to theatres, and things will soon come to normal after a nearly two-year lull at the box office. 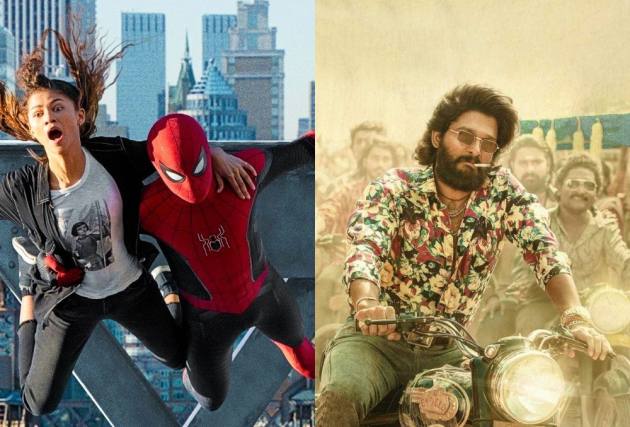 It was a busy weekend at the Indian Box Office with two tent-pole releases, one from Hollywood and one from Tollywood, setting the box office ablaze with an extraordinary reception at the tickets window. Tom Holland’s ‘Spider-Man: No Way Home’, extended its impressive run at the weekend, with a solid collection on Monday as well, taking the film’s total box office collections to Rs 120.47 Crores.

This weekend proved to be the most lucrative weekend for the Indian exhibition sector in over two years, with cumulative gross figures of holdover releases as well as new releases, summing up to an estimated Rs. 260 crores. 'Spider-Man: No Way Home' and 'Pushpa' reigned supreme at the Indian Box Office and gave a clear indication to one and all those theatres could brave any kind of setback, the most recent being the Covid-19 pandemic and the Over-The-Top medium boom in India.

On the other hand, the Tollywood giant Pushpa performed brilliantly and managed to gross around Rs. 120 crores in its first three days.  Released across 1400 screens, the Allu Arjun starrer arrives as a 'mass'terpiece that is powered by the lead's magnetic presence and quirky traits as 'Pushpa'. The Sukumar directorial is about Pushpa Raj, a coolie who rises in the red sandalwood smuggling ring while making enemies. Having minted Rs 71 crores gross across languages and beating the box office record set by Sooryavanshi, Allu Arjun's first post-pandemic release proves his Midas touch.

The strong box office performances of these two films and even the previous films, such as Ayushmann Khurrana’s ‘Chandigarh Kare Aashiqui’ and ‘Akhanda’ contributed roughly Rs. 10 crores gross to the weekend tally to cumulatively manage Rs. 260 crore in gross.

Experts also suggest that the box office performances mean a changing tide is on the horizon, especially almost two years of lull due to the ongoing coronavirus pandemic.

“It’s all about value for money. ‘Sooryavanshi’ worked, because it had big stars and was a big action film. Then the other films, were also average performers. Things look like they will change now,” says trade analyst Atul Mohan. And if that’s not enough, there’s a slew of big films, just waiting for release. Keanu Reeves, Carrie Ann Moss starrer ‘The Matrix Resurrections’, which also stars Priyanka Chopra will release on Wednesday, while the highly anticipated film’ 83’ directed by Kabir Khan, will release this Friday. The reviews of the film, have already started flowing in, and the fact that its been given a thumbs-up by the critics, points to happier days for the box office.

“Public’s mood is changing now. The better the films, they will come to theatre more. This will also impact the money generation, and you will slowly start to see small small things, which were earlier shut because of the lockdown situation and all, open up again,” adds Mohan.

(With inputs from Pinkvilla)