With This Viral Picture, Bollywood Stars Have Become Fans Of These Kids 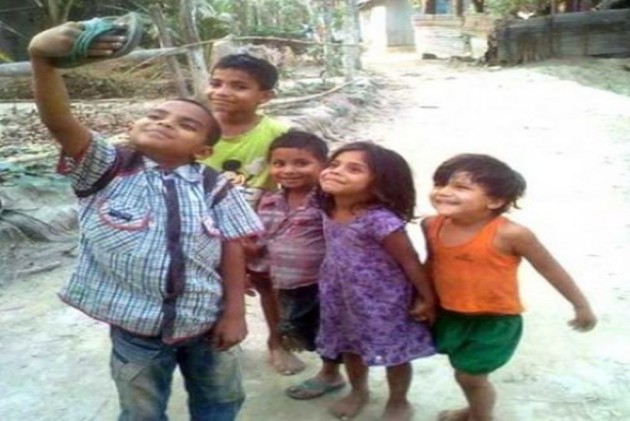 While social media is often credited for making almost anything and anyone famous, sometimes, there are posts and pictures that tend to touch hearts. One of such is a picture of five kids posing for a selfie using tattered footwear for a camera.  The picture has taken the Internet by storm.

In the image, while all the four kids are bare-feet, one among them is seen wearing a green slipper, the other being offered to his photographer friend to use as a camera. 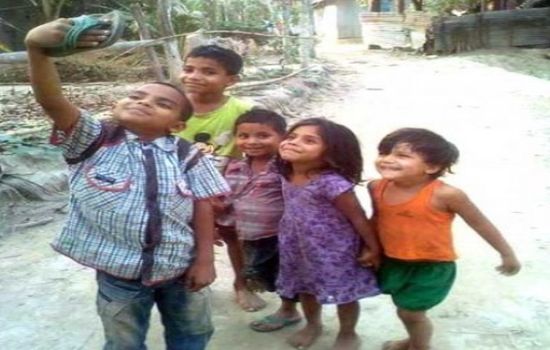 The picture was widely shared and praised by the netizens and it even managed to reach several celebrities, who shared their thoughts about it.

Photographer and producer Atul Kasbekar has taken it upon himself to try and figure out who the unknown cameraperson is.

Taking to his social media handle, Kasbekar poster, "I'm sharing this image that came in on text caused unbridled innocence n joy of these lovely kids moved men made me smile in equal measure. Super image that asks questions. If anyone can reliably locate these munchkins and photog I'd love to personally send them something each."

Replies have been varied, and Bollywood megastar Amitabh Bachchan is a dissenter. "With due respect and apology .. I feel this is photoshopped .. notice that the hand that holds the chappal is different than the rest of his body in size .. to his other hand by his side !!" he replied on Twitter.

On the other hand, actor Anupam Kher lauds the image, writing, "Things turn out best for the people who make the best of the way things turn out. Â:) #Attitude #Innocence #HeartWarming #SelfieWithAFootwear."

Actor Boman Irani too believes that the image stands for happiness and reminds fans that happiness is a state of mind. He tweeted, "You are only as happy as you choose to beÂ. A saying that holds true for one and all!! And I'm sure this selfie deserves more likes than most."

Notably, Kasbekar thought they had zeroed in on who the photographer is, but it turned out to be a false alarm.

The search for the elusive cameraperson is still on.