While the hip-hop culture in India is growing for quite a while, not many female rappers had been there for a long time. Here are a few female rappers who’ve started making a lot of impact in the recent past. 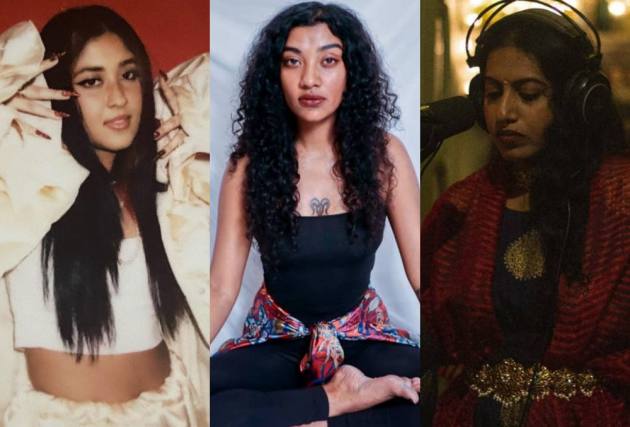 We have been listening to men rap for ages. Not just abroad, but even in India, we see mostly men enter the music genre of hip-hop. From DIVINE to Naezy to Raftaar to Badshah to Yo Yo Honey Singh and many others – men have been dominating this genre for quite some time now. However, we have started seeing an emergence of women in hip-hop in the past few years.

Raja Kumari, an Indo-American artiste, SIRI, a multilingual rapper from Bangalore, Dee MC from Mumbai, and Meba Ofilia from Shillong released their 'Rani Cypher' a few months back. This was an encouraging reminder of the fact that the hip-hop scene in India is much more than just a male-dominated arena.

There is no doubt that Raja Kumari maintains her position as one of the most recognisable hip-hop voices from India. However, there are numerous more women who are slowly but steadily carving out their own space. They may be stationed out of Australia, Canada, or some small town in India, but these women are starting to make some noise in the hip-hop scene all over. These desi rappers and singers are inspired by stories of upliftment, multicultural identities, and claiming one's place in society.

Here we bring you eight female hip-hop artistes that are blowing up in today’s time. They’re crossing genres and are maintaining ground on socially conscious rap. Have a look:

Irfana, a Kodi-bred hip-hop singer, showcases her affinity for old-school sounds on tracks like '2 Pills' and her EP Ko-Lab, collaborating with producers like as Parimal Shais and her childhood friend Taslina Nazar. Irfana owns her identity fully and through, over slinky, shimmering beats–her dark complexion, South Indian ancestry, mental health, her view on the status of the country, and more. Irfana doesn't stutter at all throughout, coming with the ability of someone who's probably spent years practising for the time when it's her turn to take over.

Sarayu, a Tamil-origin San Diego musician, has a powerful voice that she has always put front and centre in her songs. Sarayu, like many desi diaspora children, acquired Bharatanatyam and gained a deeper understanding of Carnatic music as a child via dancing courses. Sarayu has a penchant for the current hip-hop, pop, and R&B sound influenced by Rihanna and Erykah Badu, among others, despite the fact that she hasn't incorporated any overt tributes to her Indian origin. 'Electric,' a guitar-inflected tune, and her most recent release, 'Nostalgia,' are indications of a voice destined to take over the American airways in no time.

Ashwarya, a Melbourne-based Indo-Australian singer-songwriter, released a classic love song called 'Biryani' in September of last year, sliding into the role of a twisted pop artist who can sing in Hindi and channel a bit Billie Eilish. The singer, who was discovered on TikTok with 'Psycho Hole,' has quickly made moves, including 'To The Night,' with American rapper Vic Mensa. It's all wrapped up in her erratic first EP Nocturnal Hours, which also includes gentler, more openhearted songs like 'Love Again.' The six-track album serves as an excellent introduction to an ever-evolving voice that is very much in touch with her Indian heritage.

If there is a significant new voice in Indian hip-hop that has developed in the last year, it is MCs Pratika Prabhune or PEP and Krantinaari aka Won Tribe. Following the release of their single 'Labels' last year, they were also chosen for MTV Sound Trippin' season three by singer-songwriter and music supervisor Ankur Tewari. On 'These Streets Are Mine,' they performed a socially aware rap alongside vocalist Lisa Mishra and beatboxer Sonu. Won Tribe, in addition to the all-women cypher 'I Do It For Hip Hop,' which validates their proactive role in the country, released a blistering new song called 'Tyranny of Power,' which calls out the world's injustices–from Gaza to closer to home.

After Meba Ofilia, Shillong rapper Reble (Daiaphi Lamare) is one of the newer voices to emerge in the North East hip-hop field. In just a few years, she's released songs like 'Bad,' 'Believe,' and 'Manifest,' collaborating with musicians like D'Mon (previously part of Khasi Bloodz). Reble's quick-fire, tenacious lyricism also featured on Shillong pair Leo Boys' excellent album Homecoming. During the nine-minute 'Brutality Cypher,' Reble takes the mic and goes right for the jugular regarding her rivals and detractors. Her most recent appearance is on 'Reasons,' alongside musicians Manly, Plato, and Dappest, with Reble offering the perspective of never succumbing to glamour and grandeur.

Kerala-born Anna Katharina Valayil aka TribeMama MaryKali has found a comfortable audience in India's hip-hop culture as well, collaborating with beatsmiths as well as neo-soul/hip-hop bands like Bangalore's T.ill APES on 'Concrete Jungle.' TribeMama MaryKali's appeal extends beyond her words, which promote womanhood and life-affirming lessons—it is also her well-crafted visual aesthetic. In her video for 'Bless Ya Heels,' she can be seen clad with traditional Kerala sarees, decorated in jewellery (her own take on rappers wearing bling), singing about soul searching, and being unapologetically herself.

The Mumbai-based singer-songwriter, rapper, and pianist, who releases songs as Trichia Rebello and Trichia Grace-Ann, explores the voice of a sad, wronged lover in 'Goldlust' with as much flair as one of a self-assured party-ready lady in 'Nachle.' While the former was one of her first independent releases, the latter was a collaboration with Vidya Vox and Shrey Jadhav as part of being chosen for the Bacardi Sessions music release series. Trichia's rhyme in 'Show Stoppa,' like other first and second-generation rappers in India, has a mischievous bent that is unmistakably influenced by Eminem.