Wooing An Angry Loved One 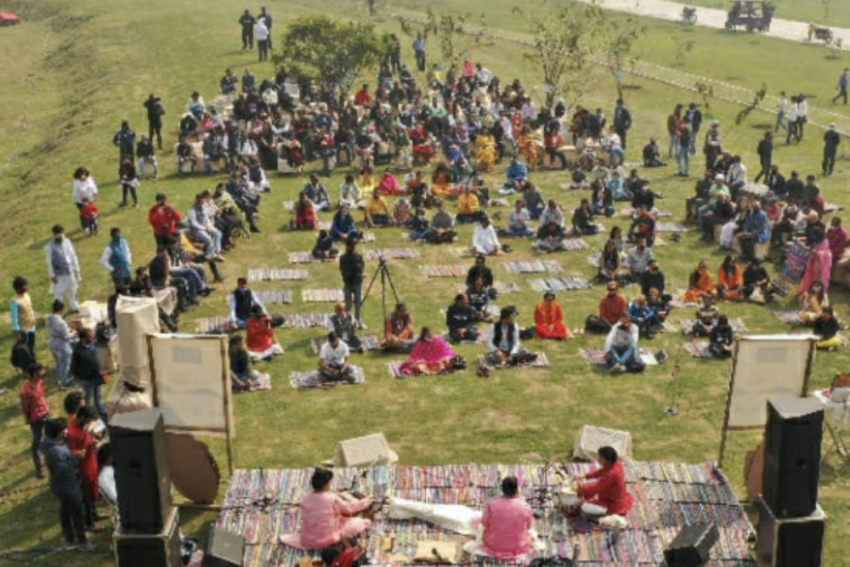 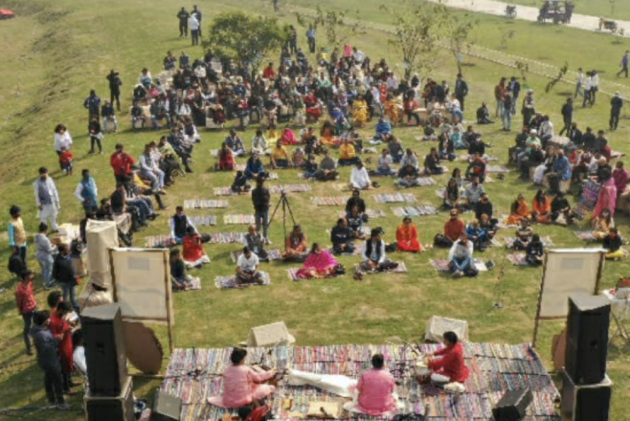 This is sure to work, this song that has been created by Bickram Ghosh (who also creates all the percussion) and sung by Hariharan. Titled "Baaton Baaton Mein", it dips into raag Nand to create a lilting, flowing melody reminiscent of the songs of the sixties. Nostalgia is also evoked in the typically vintage Calcutta settings: the decorative mirror, the carved double bed, the open terrace, et al.

The lyrics by Sugata Guha may not qualify to be called unique but they suit the scenes and the tune and are easy enough to memorise, for those who want to press the song to their advantage when the occasion demands for ruffled feathers. But what makes the video more interesting than the eye-catching interchanges between the actors Saurashtra Maitra and Romit Raj is the interaction between Ghosh and Hariharan as they enter each scene and with gesture of hand or raised brow enhance the scene with song.

"Baaton Baaton Mein", Ghosh says, is the first of a series of love songs titled ISHQ, being produced under the Sufiscore umbrella.

Meanwhile, here is a quick teaser review on the remaining songs of ISHQ. The other titles are "Mora Man Mehka" with a chorus adding zest; "Dil Hawaai Hai", "Radha, Bawra ye man", and "Naina". I do believe more exceptional lyrics would have helped make the tunes even more exciting, but the comfort level each of the songs brings to the listener is perhaps planned with a view to keeping them within the parametres of easy assimilation.

I particularly liked "Bawra ye man", it has a note of yearning which reminded me of the song from Sudhir Mishra’s "Hazaron Khwaishen... Bawra man Delhi Raha ek Sapna". But that is my mind weaving cobwebs.

All you have to do is tune in to Spotify or Apple Music and let Hariharan’s voice pour melody over you. Here are links that might help-- https://music.apple.com/in/album/ishq-songs-of-love-ep/1554806689 and https://open.spotify.com/album/61gzgdZez1ocCmXzlOgX6z?si=zoRnD2taSsKLJGVRfimj_w"

Music to energise a river

For all of us who take rivers and, even water, for granted, here is a quick warning. Both are dying resources. Our urban ways and speedy industrialisation without conscience is polluting all water sources to make drinking water scarcer than oil or even diamonds.

A ray of hope shone through this general apathy, when on Sunday last, the bank of the Yamuna along Delhi was the site of some refreshing, energising classical music by Ustaad Fateh Ali Khan, grandson of the venerable Ustaad Bismillah Khan and Siddhartha Banerjee, inventor of the Siddha Veena.

Organised as the first of a series of ‘Ragas for Yamuna’, the programme was spearheaded by Anil Gupta, who has been using his off-days from his official life to plant thousands of trees along the Yamuna over the past four years, and Ashutosh Lohia, a practising lawyer, who also has a passion for conserving and restoring Nature. Gupta, according to Lohia, works closely with the horticulture department to plant indigenous trees like sal, jamun, and neem to bring the banks of the river back to life. His labours have inspired hundreds of young people, but he sees the need to motivate countless more into not just participating in the project but spreading awareness about protecting our natural resources. 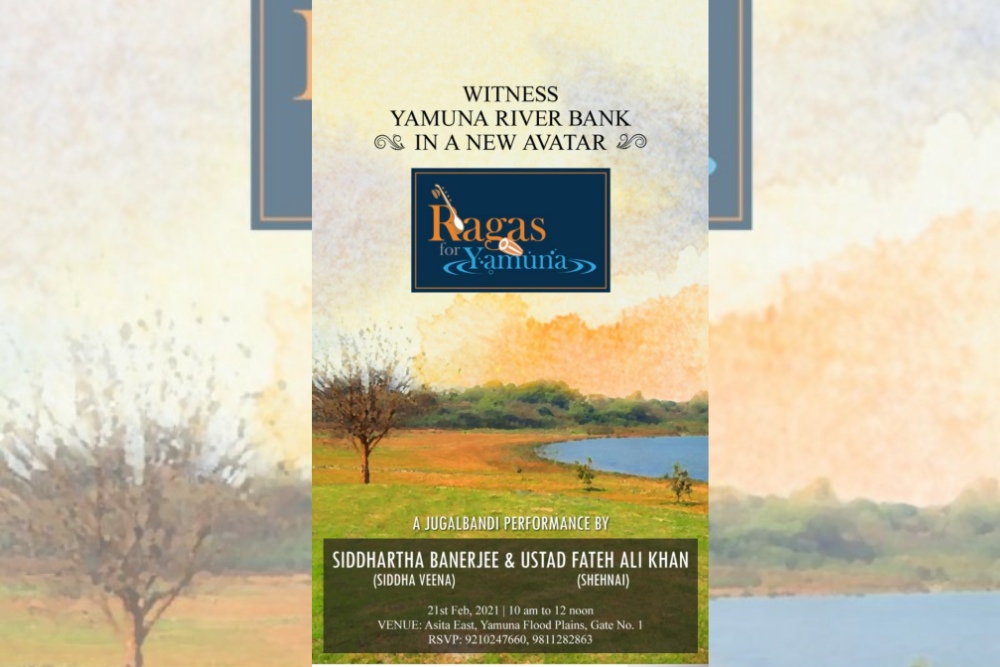 “When the invitations went out, we got horrified responses,” Ashutosh says in an interview. People said, ‘why the Yamuna, it is full of shit, where will we sit, where will we park our cars?’ but when we persuaded them to come and take a look, they were amazed at the verdant, reclaimed stretch where we had set up the event.

Launching the event on a sonorous note, Prof. Narayan Dutt Misra, Sanskrit scholar from Delhi University and Dir. Gen. of the Namami Gange project recited the "Yamunashtakm", setting the mood for the rest of the two-hour programme.

Taking their cue, the musicians chose Misra Khamaj, Gurjari Todi, Bhairavi among the ragas they played, and the performance ended with a rousing jugalbandi between the high-pitched shehnai and the low-voiced Siddha Veena. The river, we hope was listening, and will soon be able to add its own music, as more acres are revitalised along its banks, and as every edition of Ragas for Yamuna raises awareness about the possibility of creating happy and green spaces for us to enjoy the river as she flows on her way.