In an interview, Yami Gautam discussed her skin problem, keratosis pilaris, as well as people's responses during filming. Here's what the actor has to say about it. 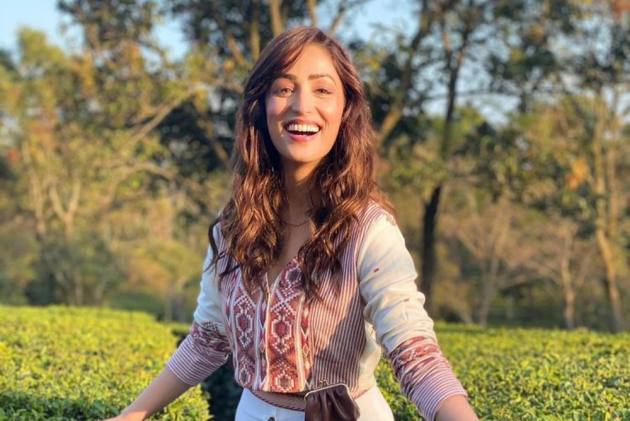 Actor Yami Gautam is presently working on a number of projects. However, she recently gained attention for a social media post about her skin issue, keratosis pilaris, which creates dry, rough areas and small bumps. Gautam was praised as a leading actress in Hindi film for being upfront about something that might leave a person with so many anxieties.

Speaking to Mid-Day, Gautam said, “Writing the post wasn’t difficult; it was liberating. The journey from the time when I learnt of my condition to the day I put the post out, was challenging. When people saw me at the shoot, they would talk about how it should be airbrushed or concealed. That would affect me a lot. It took years to accept it and wear my confidence. I was overwhelmed to see the response to the post.”

In her Instagram post, Gautam had written, "Hello my Insta (Instagram) family, I recently shot for some images and just when they were about to go in for post-production (a common procedure) to conceal my skin condition called Keratosis- Pilaris, I thought, ‘Hey Yami, why don’t you embrace this fact and accept it enough to be OKAY with it. Just let it be... (Yes, I do talk out loud to myself)."

She had said, "For those who haven't heard about this, it’s a skin condition wherein you get tiny bumps on the skin. I promise they aren’t as bad as your mind and your neighbour aunty makes it out to be) I developed this skin condition during my teenage years, and there is still no cure for it."

"I've dealt with it for many years now and today finally, I decided to let go of all my fears and insecurities and found the courage to love and accept my ‘flaws’ wholeheartedly. I also found the courage to share my truth with you. Phew! I didn't feel like airbrushing my folliculitis or smoothing that ‘under-eye’ or ‘shaping up’ that waist a tiny bit more! And yet, I feel beautiful," she concluded.

Yami Gautam is working on a number of projects, including the forthcoming thriller 'A Thursday.' The film, directed by Behzad Khambata, centres on a playschool instructor named Naina Jaiswal (played by Gautam), who kidnaps 16 babies.

Aside from Gautam, the film also stars Dimple Kapadia, Neha Dhupia, and Atul Kulkarni. Gautam will also appear in the films Lost and Dasvi. Fans last saw her in 'Bhoot Police.'