Yami Gautam: You Don't Have To Spend Lakhs Of Rupees To Look Best On Your Wedding

The actress, who did her own make-up during her intimate June wedding, addresses the issue of youngsters splurging on their wedding out of social pressure. 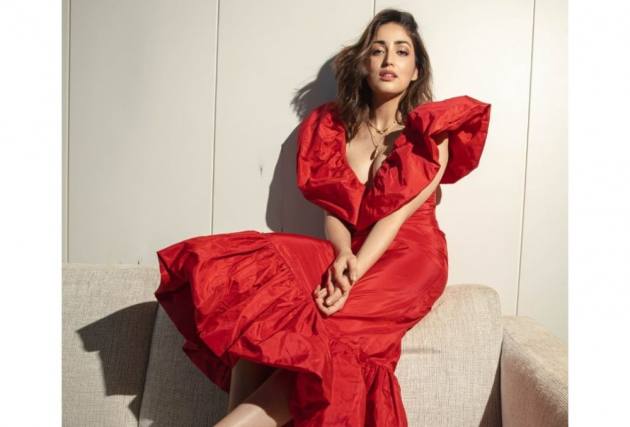 Actress Yami Gautam and filmmaker Aditya Dhar suprised their fans when they announced their wedding through social media in June this year. The couple had a low-ley wedding in Mandi, Himachal Pradesh. In days to follow, the actress revealed through social media that she did her own hair and make-up during the wedding instead of hiring a professional artist. While she believes everyone has the right to splurge their hard-earned money in their own way,the actress emphasis on the importance of not spending money just because of any social pressure.

The 'Uri' actress, in an interview with Outlook, says that her way of getting married was a subtle way of spreading the message.

"The very fact that I did my make-up for my wedding was an indirect way to put across that you don't have to spend lakhs of rupees to look your best on your special day. I am saying that look your best because it's a very special day in that regard. You define your own look, you find your own version of what looks the best on you. You don't need all of that. I understand, that there might be people who would be saying that, 'oh she is an actress, you wear make up everyday. What do you know that charm of it', but it's not like that. I am very certain that I would have gotten married the same way, even if there was no pandemic," Gautam, who was last seen in 'Bhoot Police' tells us.

The actress adds, "Ofcourse we have the opportunity, facility and luxury of having some of the best make up artists with us, but what I am trying to say that being a public figure if I can, even you can too. You don't have to spend your own hard earned money. I come from a middle class family and I have middle class values, so I understand that. Both Aditya and I value that."

Gautam, who has projects like 'Lost', 'A Thursday' and 'Dasvi' lined up for release, has a strong social media following of youngsters. Therefore, she finds it important to directly address them when it comes to these matters of heart and money.

"I am speaking to that section (young, working middle class) when I say that you can still make the most out of your special day by being around your loved ones and doing every ritual that you want to, without splurging or wasting anything. But at the end of the day, to each his own. If you are doing something that gives you happiness, then great," says the actress.

Not the one to give in to social pressure, that is what she advices others too,

"What pinches me is when I see people doing it out of pressure, thinking that 'Oh, I need to wear this, we need to have this kind of wedding or that decor because this is our neighbours did'. I am speaking to those girls and boys. We are in 2021, and this the time when you can do everything your love and set your own way going the modern way and keeping traditions in tact. You dont have to do because of any pressure that you have to make statement," says the actress.