With over 20,000 positive cases in the Capital on Sunday alone, the decision, to postpone the shoot is being looked as a sensible one. 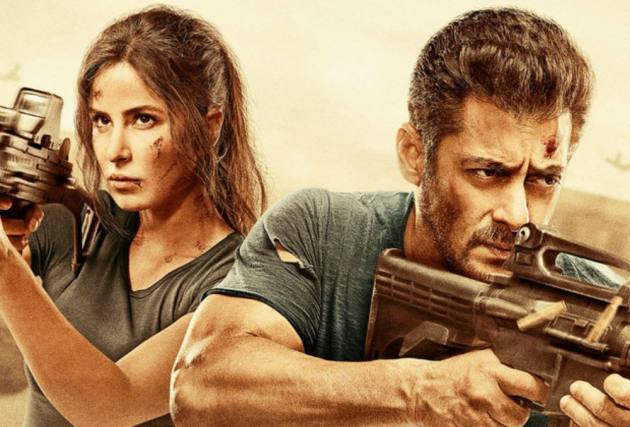 The shooting schedule for the third instalment of Salman Khan and Katrina Kaif-starrer ‘Tiger 3’ in Delhi, has been postponed due to the rising number of covis-19 cases in the Capital, and the rest of the country. According to a report in Bollywood Hungama, a source close to the production team revealed that the makers, Yash Raj Films, decided to shoot the portions for the upcoming instalment in the ‘Tiger’ film franchise, later.

“The time is not conducive to plan big outdoor schedules. Omicron threat is real and it is only wise that the makers are choosing to be cautious at this sensitive time. The intense 15-day schedule, which was expected to begin on January 12th, stands postponed as of now, given the surge of coronavirus cases across India, including New Delhi. This schedule will now be planned and executed at a later stage,” the source was quoted as saying.

With over 20,000 positive cases in the Capital on Sunday alone, the decision, to postpone the shoot is being looked as a sensible one.

“ The team has visited several cities across the world as Tiger and Zoya are on their most deadly mission yet in the third installment of this action spectacle franchise. The entire team needs a special round of applause for leaving no stone unturned for brilliantly completing challenging shoot schedules during the pandemic because of the scale that director Maneesh Sharma and YRF wanted to achieve. So, if they have decided to postpone the Delhi schedule, it is definitely a very well thought-out decision from the production house,” the informer added.

“We will both be seen in 'Tiger 3' as well as in 'Pathan'. Tiger will release by December next year. 'Pathan' may release before it, aur phir dono shayad saath aayenge (and then maybe, we will both come together),” he had said in a recent press conference.