You Have To Take Your Responsibility, Says Rani Mukherjee On #MeToo, Gets Slammed On Social Media

Rani Mukerji got trolled for her opinions on the #MeToo movement, as she said that women need to learn self-defence. 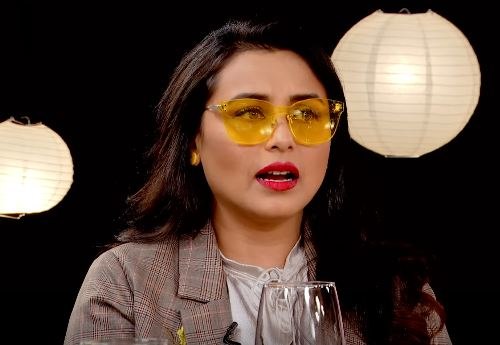 The last few months have been an eye-opener for many in the country with the MeToo movement finally gaining momentum in India. Many celebrities and big personalities were accused of sexual harassment.

From Vinta Nanda to Chitrangada Singh and Sandhya Mridul, several actresses shared their harrowing experiences of abuse and harassment on the social media.

Talking about the changes that have taken place in the wake of the #MeToo movement in Bollywood, Anushka said, "There should be a little sense of fear. Your workplace has to be the second sacred place for you. After your home, your workplace is the place where you should feel the safest and if you're not feeling that way then that's the worst world to be living in," Anushka added

Rani further went on to say that martial arts and self-defence should be made compulsory in schools. While the Deepika and Anushka countered her statement with facts, Rani stuck to her only solution to sexual harassment and that was "martial arts."

While Deepika, Alia and Anushka were hailed for taking a stand for women at the roundtable, Rani's comment was massively criticised on Twitter.

Rani Mukherjee. Idiot. Lost all respect for her. She and Preity were once upon a time, my MOST favourite actresses. Both spoke crap about #MeToo this year and now I hate them both.

Rani Mukherjee’s response on #MeToo and her insistence on placing the responsibility on women is so problematic and almost victim blaming.

“Those are the women we need to talk to and say yaar you need to change” pic.twitter.com/04lpxpfCWg

The expressions of the other women on the roundtable, when Rani Mukherjee launched into her stupid diatribe against the #MeTooâÂÂÂÂÂÂÂÂÂÂ  âÂÂÂÂÂÂÂÂÂÂ movement, say it all. pic.twitter.com/P7jIsZIVnr

The MeToo movement took a momentum in India after Bollywood actress Tanushree Dutta accused actor Nana Patekar and director Vivek Agnihotri of inappropriate conduct in two separate incidents during the shooting of a film in 2008.