In an interview, the emmy award-einning actor said that she had a lot of fun with actor Timothee Chalamet while shooting for Denis Villeneuve’s upcoming film ‘Dune’. 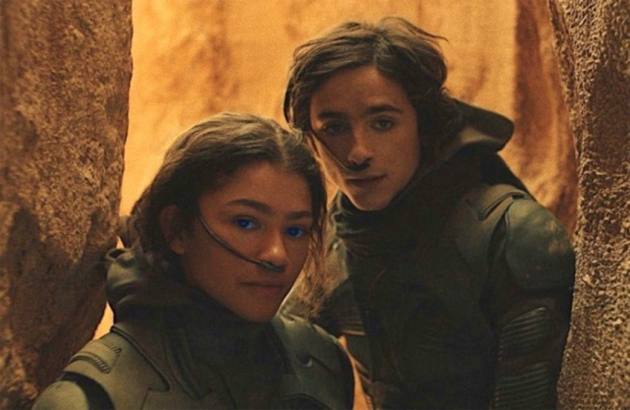 Emmy award-winning actor Zendaya is over the moon after shooting with Oscar-nominated actor Timothee Chalamet in Denis Villeneuve’s adaptation of the 1965 novel by Frank Herbert, ‘Dune’. In an interview Zenday said she felt relieved to work alongside Chalamet for the film which also stars Jason Momoa, Oscar Isaac, Rebecca Ferguson and many other actors.

“Timothée is a genuinely great, funny, hilarious person. I think he was also excited to have another actor his age on set,” Zendaya said in an interview.

She also added she was deeply moved by the “kindness” of film’s director, Denis Villeneuve. “Denis Villeneuve is another incredibly kind person!  He had so much to think about—the light, the wind, the background, the sets, the characters—and was always being asked a million questions, and he handled everything so calmly and with such kindness and patience,” she said.

'Dune' tells the story of Paul Atreides (Timothee Chalamet), a young man born into a destiny beyond his understanding, who must travel to the most dangerous planet in the universe to ensure the future of his family and his people.

The film will release in India on October 22 and in Maharashtra from Oct 29, in English and Hindi