Advertisement
Home Business
FOR THE RECORD

“EPW Is In Effect A Public Institution”

A letter from 101 social scientists to the Trustees of the Economic and Political Weekly on the circumstances behind the resignation of incumbent Editor Dr. Rammanohar Reddy... 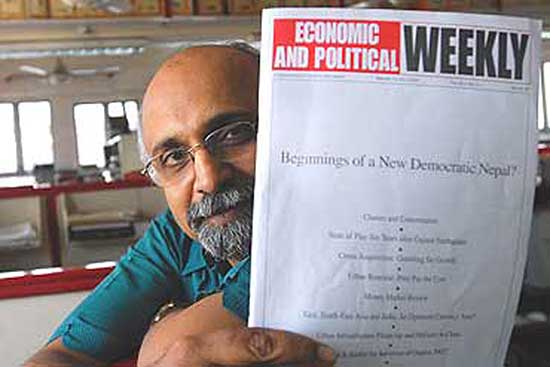 We write to you today as longstanding admirers of EPW and as proud members of the “EPW community” that has benefited from the existence of this unique and high-quality journal. We wish to express our concern at what we have heard of the unusual circumstances in which the incumbent Editor of the Economic and Political Weekly, Dr. Rammanohar Reddy, who had decided to step down in April 2016 but had agreed to continue as Editor-in-Chief or in some other position as requested by the Board of Trustees, has chosen to formally announce that he is resigning from his position as Editor and severing all links with the institution.

In our view, Ram Reddy’s decision to accept the role of Editor at a crucial juncture in the history of the journal, despite the considerable personal (and economic) sacrifice it involved, was only the first indication of his commitment to the journal and its objectives. In the eleven years since then, he has succeeded in transforming the journal into a consistently excellent and contemporary periodical, which is widely seen as an internationally unrivalled journal –- one that combines fine scholarship with social conscience. He has done much to streamline organisational functioning, significantly improve and diversify journal content, stabilise the journal’s financial position, mobilise additional resources to expand editorial staff and enable EPW to have its own office, give EPW a strong online presence with commercially marketed archival access, and strengthen the EPW Research Foundation. In sum, Ram Reddy as Editor did an exceptional job of re-energizing and contemporizing EPW at a time when many felt it was showing its age and at risk of losing its edge. All this he did in a self-effacing and accommodating style that has won him respect and admiration across ideological lines.

It would indeed be profoundly unfortunate if such dedication, personal sacrifice, and unstinting effort from an extremely successful Editor were to end in an unhappy and ungracious parting of the ways between him and the EPW Board of Trustees. We understand that the Board had questioned the appropriateness of his efforts to produce a set of volumes and a documentary to commemorate the completion in 2016 of fifty years of the journal’s existence, even though he had organised the required funding from outside. In addition, he had been excluded from any role in the future governance of the journal and also kept out of the formal process of finding a successor, even though he clearly is the person most thoroughly involved with and informed about the editorial and financial conditions and requirements of the journal, and therefore conscious of its future needs. We believe that involving him as a member of the Board of Trustees would be a natural next step following his retirement, and one that would be widely welcomed in the broader community of contributors and readers of EPW. 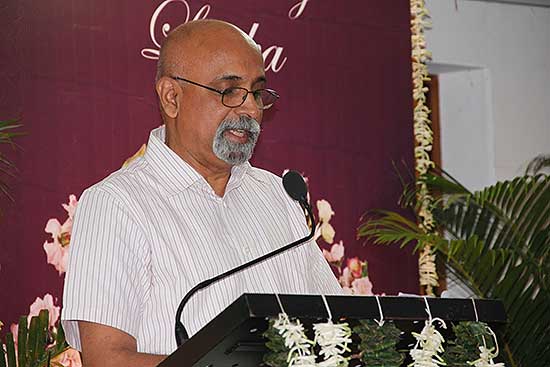 We therefore sincerely request the Board of Trustees to reconsider its decisions in this regard, so that all of us feel secure about the future of the journal and can participate with full enthusiasm in the celebrations to mark the fifty years of EPW’s existence. We propose that Ram Reddy be asked to take up and continue the activities he had planned to celebrate this anniversary. We also strongly urge that he be included and given a role in the process of selecting the new Editor, and that such a selection be done in an open and transparent manner with all Trustees invited to be part of that process. We believe that in the interests of continuity and to build on the achievements registered during his tenure, it would be ideal if Ram Reddy is persuaded to take on a role in the transition to a new editorial regime and in the future governance of the EPW, preferably as a Trustee.

The progressive and democratic character and legacy of the EPW all suggest that once they appoint the Editor, the Chairman and Trustees of Sameeksha Trust, who are non-executive Trustees, must scrupulously respect his or her editorial independence and judgment and must not seek to exercise hands-on control over the way EPW is managed and run, as long as the Editor keeps the Board of Trustees informed. The EPW is in effect a public institution, not only because it receives substantial support from public sources like the Reserve Bank of India, the UGC and the ICSSR, but because, as Ram Reddy puts it in his letter announcing his departure, finally, “it is the larger ‘EPW community’ of writers, readers, staff, and a large circle of associates that has looked after it through good times and bad and helped it grow.”

We are all deeply committed to maintaining the democratic, progressive, and independent character of the EPW. It is in that spirit that we write to you: in the hope and expectation that these suggestions will be taken on board in the decisions that you make in the days ahead.

In addition, we would be happy to help in any way that we can and that you find appropriate. We recall that within a few years of his taking over, Ram had a very fruitful brainstorming session with some members of the ‘EPW community’ on the future directions which EPW could take. We believe that such a meeting might be extremely useful in the current context, and if you choose to call such a meeting with some of us, we would be happy to attend.