Erdogan Sworn In As Turkish President Under New Presidential System

Muharrem Ince, Erdogan’s main challenger in the latest election, while conceding defeat after the results were announced, had warned that Turkey was becoming "a one-man regime”. 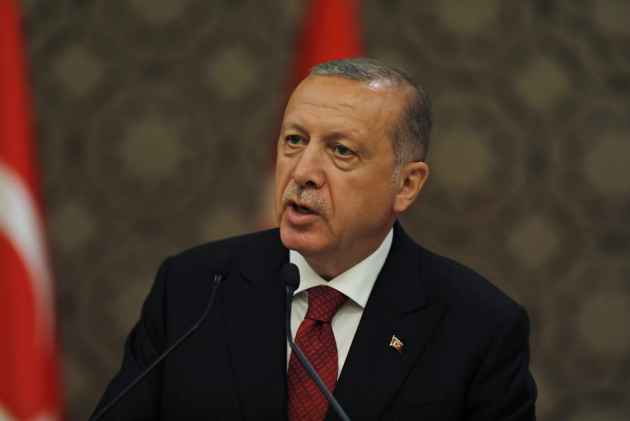 Recep Tayyip Erdogan was sworn-in as the President of Republic of Turkey for another term under the new governmental system.

As per Anadolu Agency, Erdogan took the oath on Monday in Ankara at the Grand National Assembly, chaired by Acting Parliament Speaker Durmus Yilmaz.

Muharrem Ince, Erdogan’s main challenger in the latest election, while conceding defeat after the results were announced, had warned that Turkey was becoming "a one-man regime”.

Erdogan, who has served as the prime minister of Turkey and then as president for 15 years, won the June 24 election with 52 percent of the vote.

The June polls marked Turkey's transition to an executive presidential system of government and removing the prime minister's post, among other changes.

After taking over as the President of the country, Erdogan said, "Everything was good in front of the nation, I hope it will be better in the future."

Soon after taking over his post, Erdogan revealed the members of the first Cabinet of Turkey's new presidential system of government.

After a a failed coup attempt in 2016, Erdogan rounded up hundereds and thousands of people in jails across the country. Erdogan has been cementing his rise to power by taking increasingly populist positions in the country.