Euro 2020, Wales Vs Switzerland, Live Streaming: When And Where To Watch UEFA European Championship Match 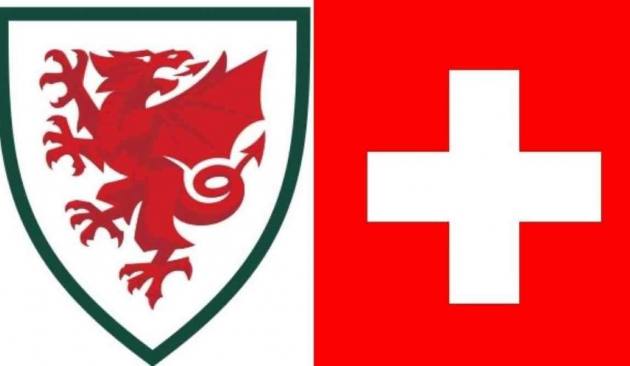 From schoolboy to the national team, Dylan Levitt has come a long way since Wales went a long way at the last European Championship.

The Welsh reached the semifinals at Euro 2016 in their tournament debut, inspiring the likes of Levitt to work his way into the team for this year's edition.

“Growing up watching that team, watching the games in the school hall. Every game, if I wasn't in school I'd be watching it with my mates and my family,” the 20-year-old Wales winger said Wednesday.

“I don't get bored with (hearing about) it really, I just want to remake it. Watching those games gave me more hunger to be in the next tournament.

Levitt and his teammates, a group that includes including Gareth Bale and Aaron Ramsey, will open their Euro 2020 campaign on Saturday against Switzerland  in faraway Azerbaijan.

Baku is nearly 4,200 kilometers (2,600 miles) from Wales on the shores of the Caspian Sea. Azerbaijan allows foreign fans to make the journey despite the pandemic, but there will be far fewer than in France five years ago.

In a squad with a strong youth contingent that includes midfielder Ethan Ampadu and right back Neco Williams, Bale has faith in his younger teammates.

“We've had little chats but at the same time they don't need too much help. They've proven that over the qualifying campaign and we have full belief in what they can do as well,” Bale said Friday.

“We have a good mix of youth and experience so we're excited to get the tournament under way.”

Wales' preparations for the tournament, however, have been overshadowed over the last 12 months. Robert Page is the interim coach for Euro 2020 while Ryan Giggs awaits trial in January on charges of assaulting two women and exerting controlling and coercive behavior.

The Swiss would certainly like to start with a win over Wales ahead of what may be tougher Group A games against Italy and a resurgent Turkey team which will have passionate support in close ally Azerbaijan.

“He's a good player, you have to say, very experienced. But together we can stop him,” Rodríguez told Swiss broadcaster SRF on Wednesday.

“If you leave him space to turn, it gets difficult.”

A disappointing 2020 for Switzerland, winning no games on the field and one by default when Ukraine had a virus outbreak, has given way to a better 2021 so far. Switzerland has won all of its five games this year, though it has yet to play top-level opponents.

The Swiss have reached the round of 16 in their last three major tournaments. The challenge now is to build on that and reach the quarterfinals. (with inputs from AP)

Head-to-head: Switzerland lead 3-1 with no draws in four meetings

All information is subject to change.

Gareth Bale (Wales):  We've had little chats but at the same time they don't need too much help. They've proven that over the qualifying campaign and we have full belief in what they can do as well We have a good mix of youth and experience so we're excited to get the tournament under way.

Ricardo Rodríguez (Switzerland): He (Bale) is a good player, you have to say, very experienced. But together we can stop him. If you leave him space to turn, it gets difficult.