Bahar is an inspector with the National Human Rights Commission (NHRC). He has launched a mission to open libraries in villages across India. 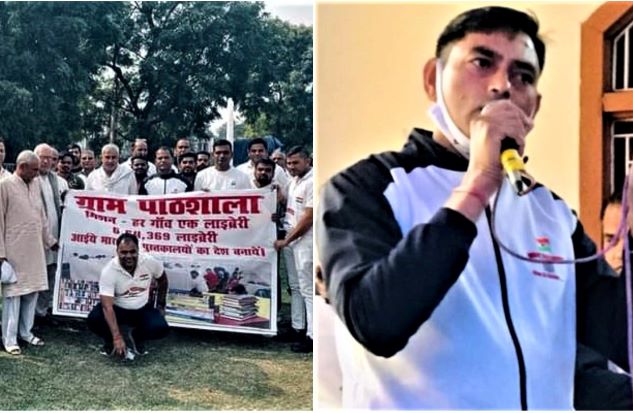 Ganauli sleeps well at night. Among villagers, there exists no fear of crime despite the village being a part of Delhi’s notorious neighbour, crime-prone Ghaziabad. Reason: the obscure hamlet of 250 houses has 130 residents who are cops. While children in Delhi dream of forging careers in technology, medicine or fashion – Ganauli’s children have one mission – to grow up and join the police.

At least, most of them. Lal Bhahar (48) too had moved mountains to join the police in 1997. There were no resources and even support to prepare for the tests back in the day. Now, as an inspector with the National Human Rights Commission (NHRC) of India, Bahar is on a mission: to help aspirants of competitive examinations with books and a study room in villages all over India.

In 2020, in the midst of a raging Covid-19 pandemic, Bahar decided to take some of his police friends in confidence and repurpose the village community hall. Soon, it became a ‘gram pathshala’ or a village study centre. The idea caught up fast. With the help of his friends and through regular campaigns, he convinced several villages in Western Uttar Pradesh to start their own study centres. In a bit over a year, Bahar has set up some 200 libraries in Uttar Pradesh, Haryana and Rajasthan.

How To Build An NFT Community? Learn From The Founders Of NFT Malayali

The library at Gaanauli too, became popular in no time.“The families have grown and the houses do not have the right ambience a student needs to be able to focus. So that was my only plan – to be able to give the students a place to study,” he said. And his plan worked well. 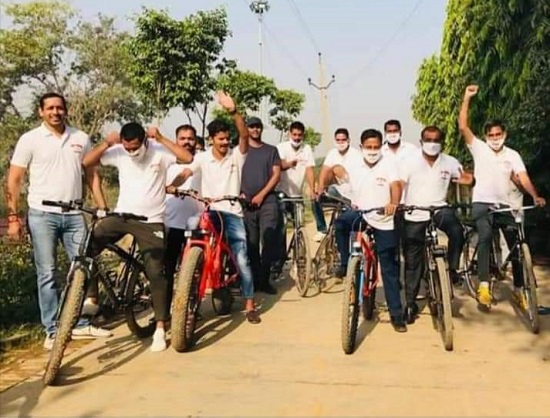 Among the many frequenters of the library is Monu (25); a graduate, he has completed a stint at the Indian army and is awaiting results of some examinations he took earlier this year. He works at a local brick kiln which fetches him Rs 17,000 per month, at night, he studies at the library. "Ï look forward to the time at the library everyday,” said Monu.

Having a place to study solves only a part of the problem. The odds are high. There is no bandwidth to access high speed internet, not everyone has a smartphone; there are hardly any coaching centres. Houses are noisy and people watch TV or have squabbles. Sonu Bansal (24) is seen working at his corner at the study centre.

“The centre fills up by evening and on any day there are around 50 students here, studying together,” he said.

The centre has 65 cubicles, racks full of study material and bottled water to drink. There are contests held frequently to keep the competing spirit high among the examination hopefuls. This year, five students from the study centre have secured jobs in the Fire Service. 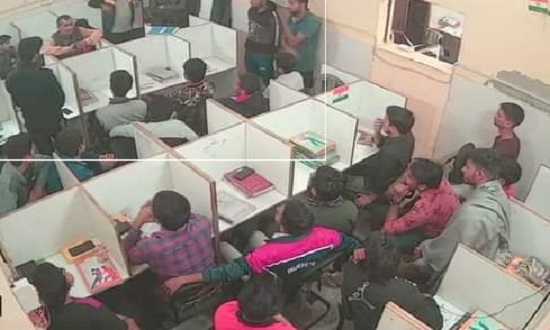 “In Ganauli, if a boy grows up to be tall and completes high school, it is taken for granted that he will crack the police entrance examination. Even now we have 130 police officers in various ranks – the highest rank from one has reached is a sub-inspector in Delhi police. In future we hope that our children achieve higher ranks in the police service,” Kuldeep Bainsla (29) a sub-inspector with UP police said. Bainsla is on a study break.

“We convinced everyone in the village about the need for a library such as this and everyone came on board. We collected Rs five lakh with which we started building and furnishing this centre,” Bahar said.

“There is no financial liability on the students who use it,” Ravinder Singh (33) who is a Delhi police constable, said“We are not an NGO. It is a service and all the money has been contributed by us to build this. We contributed Rs5000 each and put together Rs five lakh to build the first library. We don’t welcome donations,” Devender Singh (46), a head constable at Delhi police, said.

The success of the Ganauli library is fast inspiring other villages. At Kudi Khera, a small village in Bisrakh region of Gautam Budh Nagar – around an hour from Noida got its first soon after. Now there are over 100 libraries in Uttar Pradesh alone. The ‘gram pathshala’ libraries have opened in Ghaziabad, Hapur, Baghpat, Bulandshahar, Gautam Budh Nagar and Muzzaffarnagar, Meerut and Saharanpur.

“Village children are enthusiastic about studies, but they do not get the right books, study material or ambience to focus, the best part of these study centres is that resources are pooled, they are free and they can be sustained” Ajay Pal Nagar, an assistant teacher at the school who facilitated the centre in Kudi Kheda said.

“Our motto is that every Indian village should have one library which makes it around 6,64,369 libraries pan-India,” said Bahar.

Bahar’s library comrades are on a mission. They wear t-shirts printed with ‘gram pathshala' written on them, carryout bicycle campaigns and regularly meet gram panchayats to convince them about the need for a library.“It is a local problem that India’s villages have and we just identified that and solved it. We hope village children all over India get a place to study quietly and shine academically,” he said.