Even Lord Ram Will Not Get Elected If He Doesn't Spend Money: Velingker

The former Goa RSS chief also attacked politicians for frequenting hospitals in the US even for a minor cause at the cost of the state exchequer. 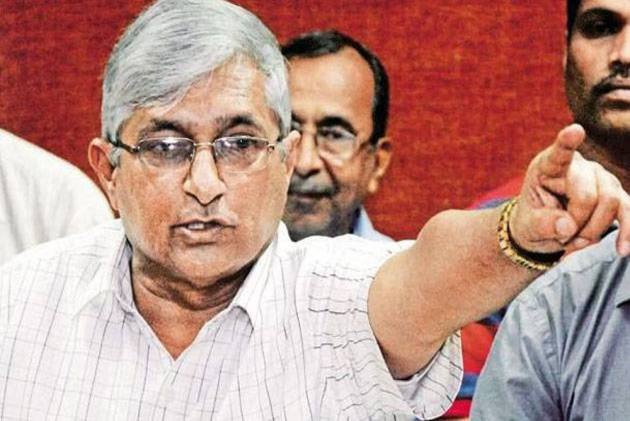 Former Goa RSS chief Subhash Velingkar claimed even Lord Ram would have to spend money to get elected in the current political situation.

He was addressing a youth convention of the Goa Suraksha Manch (GSM) which is mentored by him in Panaji on Wednesday.

"During elections, the politicians are busy luring two kinds of people -- the youth and women -- by offering them cash or gifts, whom they find gullible," he said.

I Am a Disciplined Swayamsevak: Parrikar on RSS-Goa Rumblings

"Due to rampant use of money power during elections, in the current situation, even Shri Ram will not get elected if he doesn't spend money," Velingkar claimed.

He had floated the GSM on the eve of 2017 Goa Assembly elections, after he fell out with BJP leader Manohar Parrikar over the issue of Medium of Instruction in school education.

He accused the BJP of "losing morality and indulging in the same practices like other parties in the country".

"Parrikar dropped two ministers from the Cabinet because they are sick but he himself remains stuck to his position despite being critically ill," he said.

Parrikar is currently admitted to AIIMS in Delhi for a pancreatic ailment.

The former Goa RSS chief also attacked politicians for frequenting hospitals in the US even for a minor cause at the cost of the state exchequer.

"The situation is not right in Goa. Politicians go to US for treatment, but we have to get treated at the state-run Goa Medical College and Hospital. They can remove others from the Cabinet claiming that they are ailing but when he (Parrikar) is critically ill, he retains his own position," said Velingkar.

Velingkar, who was a political mentor of Parrikar and Ayush Minister Shripad Naik in their initial days, said the two had to fight money power when they entered politics.

"It was difficult to build the party without money and it took ten years for us to do so. People had got a habit of accepting money," he said.

"We could not get a candidate to contest the election from Panaji. That is when we decided to field Manohar Parrikar who was new graduate from IIT and running his factory," he recalled.

He claimed Parrikar had spent Rs 26,000 for his first election which he won while his rivals had spent Rs 50 lakh.

"The BJP talks about zero tolerance towards corruption, but show me a single minister who does not make money," he added.