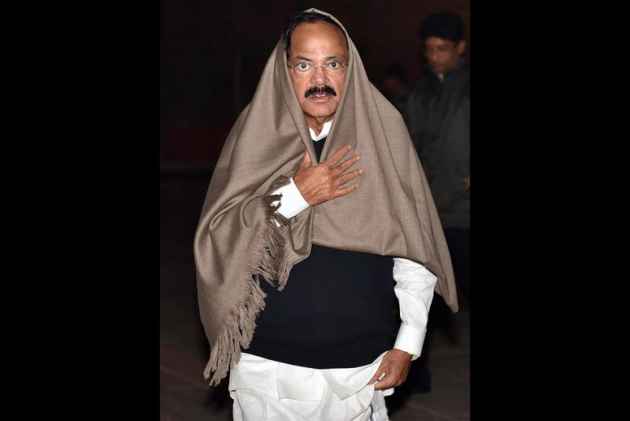 Vice President M Venkaiah Naidu on Friday recalled his association with the Rashtriya Swayamsevak Sangh (RSS) and said that the organisation is all about self-discipline, self-respect, self-defence, self- reliance, social reform, social consciousness, social movement and selfless service.

Delivering the Nanaji Memorial lecture here, Naidu said, "From my association with RSS, I can assure that RSS is all about self-discipline, self-respect, self-defence, self- reliance, social reform, social consciousness, social movement, selfless service, all guided by the philosophy of supremacy of the nation."

After a controversy erupted over former president Pranab Mukherjee accepting an invite of the Sangh, Naidu said " I see no reason for anyone to have any objection with principles of RSS which are aimed at character development based on core ancient Indian ethos and values which advocated the philosophy of 'Vasudhaiva Kutumbakam' meaning the world is one family."

While referring to Mahatma Gandhi's visit to a RSS camp in the 1930s, the Vice President said that even the father of the nation had acknowledged the positive values propagated by the Sangh.

"Even Mahatma Gandhiji had acknowledged the positive values propounded by RSS," Naidu said.

The Vice President said that Mahatma Gandhi found that volunteers were living and eating together in the camp without trying to know each other's caste.

A controversy had erupted after Mukherjee had accepted an invite from the RSS to be chief guest at its function on June 7.

Several Congress leaders have urged him to reconsider his decision. (ANI)